South Africans often grapple with terminology in the legal and judicial space as some have differing international applications and the public tend to believe the version they see on television. Oftentimes the public simply do not have the legal knowledge to understand these terms or concepts which could eventually be to their detriment, if they find themselves on the wrong side of the law.

How to know if you are accused of an offence
Many people believe that if they are charged with an offence the police will come to their house or workplace and arrest them, that is if they are not arrested at the scene of the crime. In such a case, the accused will be kept in custody until his or her first court appearance. Alternatively, an accused will be informed of a charge through a summons or a written notice which will call upon him or her to appear in court on a specific day and time.

What do I have to know?
Legal Wise (Nd) informs us that a summons is a document which informs an accused of the charge against him or her and will order the accused to appear in court. This summons will be issued by the clerk of the court and delivered to the accused by someone who is authorised to do so, such as a police official. It has to be delivered at least 14 days before the start of the criminal trial.

A prosecutor can decide whether the summons will include the option of an admission of guilt fine (refer to p 51), which may be included in the summons only in circumstances where the prosecutor is of the opinion that a court will not grant a fine that is more than R10 000 for the relevant charge.

A summons will typically be issued in cases where the accused is not going to be arrested and if the prosecutor believes that the accused will:

A written notice is a document informing the accused to appear in court in respect of a charge and includes an option of an admission of guilt fine. A police official will issue a written notice if he or she is of the opinion that a court will not grant a fine of more than R5000 for the relevant criminal charge. This written notice will be issued by a police official and given directly to the accused in the case of a minor offence, such as after a motorist has been stopped for exceeding the speed limit.

What do I have to do? 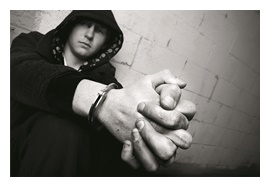 An accused person who has received a summons or written notice has the option to either appear in court or pay the admission of guilt fine. If the latter option is chosen, that person does not have to appear in court as long as this fine is paid before the court date at the clerk of the relevant court or the police station.

If an accused fails to appear in court on the specified date and time, a warrant of arrest (a document that authorises the arrest of the accused) will be issued by the court. If the accused does not have a reasonable excuse for failing to appear in court, such as being sick in hospital, the court will regard it as an (additional) offence and the accused can be given a fine of R300 or be sentenced to incarceration for a period of three months.

[This is only an extract of an article published in Servamus: April 2020 from pp 50-53. The rest of the article informs readers about admission of guilt fines, bail and expungement of criminal records as well as what you have to know and what you have to do in each case. If you are interested in reading the rest of this comprehensive article, send an e-mail to: This email address is being protected from spambots. You need JavaScript enabled to view it.  to find out how. Ed.]