When social media becomes “the detective” 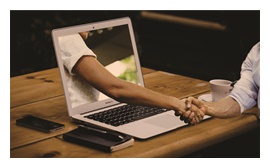 Many people grew up without the Internet and the excitement of social media, but platforms such as Facebook, YouTube, Twitter and WhatsApp opened up a whole new world of communication to millions of people. Clement (2019) argues that the number of worldwide social network users is expected to grow from 2.65 billion in 2018 to around 3.02 billion in 2021, around a third of the entire global population. As Internet access and smartphone use expand worldwide, social media use shows no signs of slowing down. Social media however doesn’t always have to be entertaining: it can also be an excellent policing tool.

A way to communicate
Social media created new opportunities for the police, not only to communicate with the community about wanted suspects, missing persons and to share success, but also to collect evidence and solve crimes. It provides the police with unprecedented access to the public, and vice versa. Via Facebook and Twitter, the police and the public can communicate in real time with one another about incidents and events. Social media also transforms how the police manage the visibility of their personnel and activities. Walsh and O’Connor (2018) note that law enforcement agencies use social media for the purposes of risk communication, impression management and soliciting assistance. According to MacGilllivray (2018), some of the benefits of tweeting, posting and sharing information by law enforcement agencies include:

Social media communications also attempt to enlist citizens in the detection and reporting of criminal events. They are mobilised as additional "eyes and ears" through social media platforms in cases where authorities release posters of wanted or missing persons or provide safety tips. As this encourages public vigilance, law enforcement simultaneously enhance their reach and knowledge. Given their reliance on voluntary participation and individuals' desire to help, the success of these arrangements hinges on public trust and support (Walsh and O’Connor, 2018).

A source of evidence

The omnipresence of mobile devices in our daily lives and our use thereof to access social media platforms, creates an unlimited source of evidence which can be relevant to criminal investigations. Investigating officers have become highly skilled in locating and retrieving evidence from social media platforms. Whether they surf the Internet to identify open source information or use subpoenas and search warrants to retrieve information through legal processes, law enforcement agencies have utilised evidence from social media sources to identify suspects, locate witnesses and convict defendants. As the number of individuals using social media continues to increase and the volume of digital evidence contained on social media platforms and in social media accounts grows, the challenge for law enforcement becomes bigger in how to efficiently collect, process and analyse the evidence in an effective and timely manner (Hamrick, 2019).

As social media are embedded in the flow of everyday life, they offer permanent, searchable and remotely accessible archives of previously private details and occurrences. Alongside helping to clear cases where criminals have, quite illogically, bragged about or documented their exploits online, public or semi-public content can supplement and verify other evidentiary material (such as alibis), providing new justification for offline interventions (Walsh and O’Connor, 2018). Social media can help to provide police with a host of information they may not have otherwise discovered, as well as with new witnesses.

Widely use by police
LexisNexis (2014) states that more than 80% of police departments in the USA actively use social media as an investigation tool and there is compelling evidence on how social media aids the process. Some of the law enforcement officers who participated in this study said the following:

[This is only an extract of an article published in Servamus: November 2019 from pp 52-56. The rest of the article informs us about more creative ways in which the police are using social media to find witnesses; information or solve crime; whether there are any policing issues or issues in court relating to the use of social media and we conclude with a warning for citizens. If you are interested in obtaining the rest of the article, send an e-mail to: This email address is being protected from spambots. You need JavaScript enabled to view it. or phone (012) 345 4660 to find out how. Ed.] 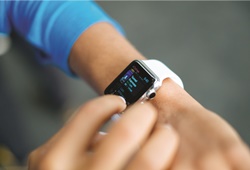 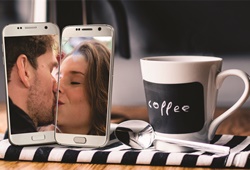 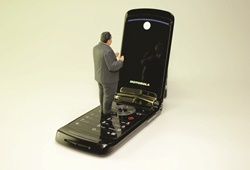