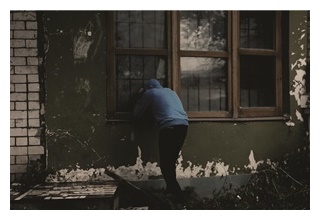 Bonnievale is a quiet rural town, surrounded by fertile farmland and rolling hills. It is a close-knit community where people stand together to make things work. Yet on 13 May 2019 a tragedy played out in this community when Tool Wessels was brutally murdered, while his wife, Liezel was tortured for hours on their farm Kapteinsdrif. On that fateful night Liezel was home alone as Tool was driving the farm workers back to their homes in town. At approximately 18:30 four intruders attacked Liezel and when Tool returned, he was ambushed. While the intruders demanded cash, they poured boiling water over the couple whom they had tied up earlier, whereafter they stabbed Liezel in the chest with a sharp object. After the attackers had dragged Tool from the house, Liezel managed to free herself, got into her vehicle and drove off to find help. She found help at the Bonnievale Cellars but just after 23:00, one of Tool's farm workers found his body at a pump station in the vineyard. He had a single gunshot wound to the head and his hands were still tied behind his back. Within a day after this brutal farm attack, a 19-year-old man was arrested and one of the firearms stolen during the incident, a .22 rifle was found in his possession. The attack on the Wessels couple was the second farm murder in the valley in a period of five months. In December 2018, Piet and Elmien Steyn had been brutally killed on their farm Zandfontein, Bonnievale (Evans, 2019 and Bergh & Hendricks, 2019).

Farm attacks and farm murders are topics to stir many South Africans' emotions. There are claims that these criminal attacks on farms are a deliberate form of white, specifically Afrikaner, genocide. However, the question one really needs to ask and answer is whether these crimes are rather part of the escalating brutal violence that happens across the country.

What is a farm attack?
The SAPS, the Transvaal Agricultural Union of South Africa (TAU SA) and various other organisations all use the same definition for farm attacks (referred to in the National Rural Safety Strategy as “acts of violence against the farming community”). Acts of violence against person(s) on farms and smallholdings refer to acts aimed at person(s) residing on, working on or visiting farms and smallholdings, whether with the intent to murder, rape, rob or inflict bodily harm. In addition, all acts of violence against the infrastructure and property in the rural community aimed at disrupting legal farming activities as a commercial concern, whether the motive(s) are related to ideology, land disputes, land issues, revenge, grievances, racist concerns or intimidation are included (SAPS, 2019a).

The extent of the problem 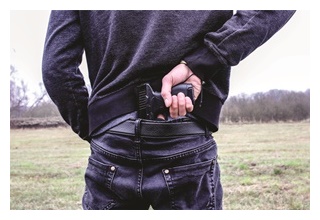 In a media statement issued by TAU SA on 10 February 2020 in which a comparison was made between the number of farm attacks in January 2019 to January 2020, they noticed a decline - month on month. According to TAU SA’s official incidents register, which has been kept up to date since 1990, a total of 20 registered attacks with no incidents of murder on farms were registered in January 2020. In comparison, 35 farm attacks and six farm murders were reported during the first month of 2019 (TAU SA, 2020).

A report drafted by Agri SA entitled “Farm attacks one of agriculture’s challenges”, indicates that for the 2017/2018 financial year, 561 farm attacks and 47 farm murders were reported, which were the lowest figures in 19 years (Uys, 2018). But the civil rights organisation AfriForum does not agree with these farming organisations by arguing that for the first six months of 2018 there were 34 farm murders in addition to more than 210 farm attacks, which it claims represents a 34% increase in the first six months of 2018, compared to 2017 (Pijoos, 2018). By the beginning of June 2019, AfriForum stressed that 184 farm attacks and 20 farm murders had already occurred in 2019 (www.sapeople.com/ 2019/06/04/latest 2019 farm attack stats farm murders in south africa not all socio economically motivated).

Roets (2018) collated data from AfriForum, the Institute of Security Studies (ISS), the SAPS and other institutions to show that farmers were murdered at considerably higher rates than any other profession. In 2017, a total of 57 police officials were killed, while 84 farmers were killed during the same period. One has to take into consideration that the SAPS has a personnel strength of more than 190 000 of whom around 150 000 are functional police members, compared to between 30 000 and 35 000 farmers, which makes farming a more dangerous occupation than being a police official according to Roets (2018). The SAPS's crime statistics for the 2018/2019 financial year, states that 47 people were murdered during 41 farm attacks (SAPS, 2019b), which seems like a very small percentage against the overall murder figure of 21 022 in the country. Yet, the fact is that every life should be equally important and that it is time that much more be done to protect all the citizens of the country.

Why are farm attacks committed?
The media often creates the perception that poverty and unemployment can be motives behind farm attacks, yet according to safety coordinators in the Free State these are the motives in only in a small number of incidents. According to experts, the majority of farm attacks are armed robberies committed on farms or smallholdings which are violent crimes mostly driven by greed and not need (http://vrystaatlandbou.co.za/vslandbou media/nuusflitse/717 newsletter january 2016?showall=&start=6). A 2013 study conducted by the ISS, found that robbery was the main reason behind farm attacks (89.3%) and that there were many similarities to house robberies which occur in urban areas (Meyer Jansen, 2017). According to the annual crime statistic for 2018/2019, robberies were the motive in 22 of the 41 reported farm attacks (SAPS, 2019b).
Various studies conducted by investigators, experts and academics have found that farm attacks are committed in an organised way by syndicates or organised groups in a similar way than syndicates that target rhinos for their horns (http://vrystaatlandbou.co.za/vslandbou media/nuusflitse/717 newsletter january2016?showall=&start=6).

[This is only an extract of an article published in Servamus: March 2020 from pp 21-27. The rest of the article discusses political statements; vulnerability of people living on farms; the phases of a farm attack; brutality of farm attacks; consequences of farm attacks and plans to address farm attacks. If you are interested in reading the rest of this comprehensive article, send an e-mail to: This email address is being protected from spambots. You need JavaScript enabled to view it. or contact us at tel: (012) 345 4660 to find out how. Ed.] 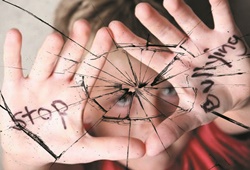