To sue or not to sue

May a public school be held liable when things go wrong? 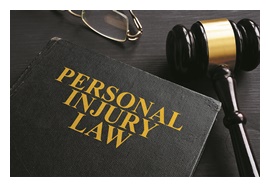 When the news broke in January 2020 about a schoolboy who had drowned during a school orientation camp in North West, many parents were impacted by the fact that something similar could so easily happen to their own children. And yet, it is a sad fact that the 13-year-old Enoch Mpianzi, who drowned during a Parktown Boys High School orientation camp, was not the first school learner to have died while attending school or a school activity. In fact, by 6 March 2020, Enoch was one of 22 learners who had already died in the Gauteng province for the 2020 school year (Majavu, 2020). One of the other victims was a 14-year-old youth who was in Gr 10 at the Freedom Park Secondary School who was stabbed to death by a fellow learner.

Parents’ important question
When Enoch's death was reported, and even two months after the tragedy when Mr Panyaza Lesufi, the MEC for Education in Gauteng, released an executive summary of a forensic investigation conducted by Harris Nupen Molebatsi Attorneys into the event, the mudslinging continued as to who was to be held responsible for the teenager's death.

The question that many parents grapple with is who is to be held responsible when their children are injured on the schoolgrounds, during school activities, at the school hostel or even when they are assaulted or bullied by a fellow learner. Apart from physical scars or injuries, such a child may be traumatised to such an extent that they suffer psychological damage and must go for counselling. Parents would want to know who would have to pay for the cost of medical or psychological treatment. Another important question is whether schools can force parents or caregivers to sign a form of indemnity to exempt the school from any liability during school activities. Mr Gora argued that the injuries he sustained were due to the negligence of the three defendants and its employees in failing to ensure adequate supervision over him and the other learners in his class, including Daniel Moore, by negligently leaving this class unattended for an hour in the absence of the regular teacher. As could be expected, the defendants denied liability, admitting only that the physical altercation between Lusakhanya and Daniel occurred during the temporary absence of the teacher. The defendants denied that they or their employees had acted wrongfully and negligently in leaving the class unattended.

The defendants submitted the enrolment contract which was signed by Lusakhanya's parents before he was admitted to the College as evidence. It was by virtue of this indemnity clause that the defendants pleaded that Mr Gora's claims were excluded. The clause read as follows:
"The applicant hereby indemnifies and agrees to hold harmless the official trustee, the Kingswood College Council, the College, its headmaster and staff, or their authorised agents or representatives, against any and all claims, howsoever arising, including negligence, but not gross negligence, arising out of any injury, death, loss, damage, costs or expense, including legal costs suffered as a result of or during the enrolment of the pupil at Kingswood College.

[This is only an excerpt of an article published in Servamus: May 2020. The rest of the article discusses the applicable law (the Schools Act) and public schools’ responsibilities; parental duties and responsibilities; and what happens if a child is injured or dies during a school activity? If you are interested in reading the full article, send an email to: This email address is being protected from spambots. You need JavaScript enabled to view it. to find out what to do. Ed.]