Pioneers of the Mounted Unit & FCS Unit of the SAPS

Over the years, many articles have been published about the Mounted Units and the FCS Units of the SAPS. The establishment of these units have brought major successes, created posts, resulted in members receiving praise, awards, work acknowledgment and being promoted. Some of the members remained at these units' working environment and have been promoted many a time (from sergeant to brigadier). Yet, little or nothing is known about the pioneers and researchers of these units whose idea it was to form these units. Taking their precious time, energy and own funds into consideration, despite hitting "brick walls" with negative reaction from higher authority, they continued to pursue their initiative, doing the research and submitting their findings and recommendations, but without receiving anything.

Mounted Unit
The leading researcher whose brainchild was the Mounted Unit, was W/O (ret) Mike Allan - a man with a passion and knowledge for/of animals, mainly for dogs and horses. He was a member of the Dog (K9) Unit, and I have known him since the late 1970s in the policing environment. He was serving at the Johannesburg and Soweto K9 Units while I was serving at the Public Order Policing Unit in Johannesburg and Soweto. In those years he constantly spoke about establishing a mounted unit in the police, possibly combined with dogs, doing urban/rural crime prevention operations. We rode horses on several occasions. I was transferred to Sophiatown Police Station where I became the head of what is now known as VISPOL. I was then in a position to assist him with his research, both practically and through observation over a few years. He finally submitted his report containing research, findings and recommendations. When this unit was born, he was never given a commander's post, but other members were brought in to lead and other members were given the glory and were promoted. W/O Allan's daughter is a serving captain in one of the units.

Child Protection/FCS Unit
In the early 1980s when I was a sergeant, I realised the need for a “rape crime unit” to deal with or specialise in the investigation of alleged rape crimes similar to the Murder and Robbery Squad, due to the technicality and sensitivity of these cases. I conducted my research and submitted my findings and recommendation into the establishment of such a specialised unit to higher authority at the SAP Head Office according to the police regulations. The response I received in writing in Afrikaans from a colonel was: “… thanks, but it will not work ...” Yet, only shortly thereafter I found that the first such a unit was established and operational in Pretoria as per my research/findings/ recommendations”. A while later more units were established and started operating countrywide, also to hear much later that a sergeant at the time of the birth of the unit, remained in the environment until retirement as a brigadier.

As stated above, we “the pioneers, researchers and correspondents” whose brain children these units were while investing our own time, funding and effort, received nothing.

If any consolation, we know we helped and will still be helping thousands of people in South Africa both in terms of the police and the public. We have left a legacy. 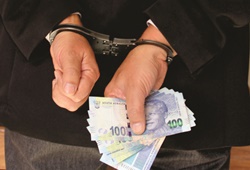 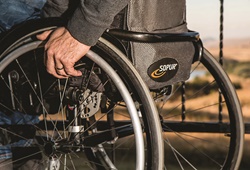