W/O Mike Nagamuthoo, a former stalwart police detective, celebrated a milestone birthday in August 2019 when he turned 85 years old.

He was born at the infamous “Magazine Barracks” in Greyville, Durban on 29 August 1934. But his family were forced to relocate to “Glasgow”, Verulam after his father took ill.

After he finished his school career at Verulam High, he was enlisted into the police in 1958 and posted to Wentworth for a short period whereafter he was sent to Clairwood before he started his basic training at the Wentworth Police Depot, as it was called in those days.

After he completed his six months’ training he was reposted to Clairwood where he spent a number of years before being transferred to Loop Street and then to Mountain Rise in 1968. There he worked under the command of Capt Tinus Nel and the legendary Capt Bob Sewpersad.

Whilst serving at Mountain Rise, he was head of the CID.

Logan Govender remembers Detective Nagamuthoo as a humble person who is to this day still a disciplined member. Capt Bob Sewpersad, W/O Suklall and Detective Gops Reddy are a few of the surviving former Indian police officers who are in their 80s. Being over 80 years old is an exceptional feat among former police members as they were typically faced with numerous challenging and stressful situations during the course and execution of their duties. This has left them vulnerable to the many illnesses and afflictions in consequence of their work circumstances.

W/O Mike Nagamuthoo is an encouragement and inspiration to everyone he comes into contact with. To my knowledge, only two officers have shared the name “Nagamuthoo” of which Mike is one. The other is Brigadier Natty Govender, the former Head of Organisational and Strategic Planning. At meetings, retired officers of the social club will hasten to gather around him, eagerly enquiring about his “secret” for longevity and sharing in his life experiences. He has an exercise and diet programme which he regularly follows.

W/O Mike Nagamuthoo retired at the age of 60 after serving SAPS and the various communities of South Africa. He is still married to his dear wife Angie, now 76 years old - they have three children, seven grandchildren and four great grandchildren. Mike and his dear wife have travelled extensively through Europe and the East.

Mike endeavours to attend every meeting of the retired police members in KZN whether it is in Pietermaritzburg or Durban. Considering his age, this is considered a remarkable achievement. 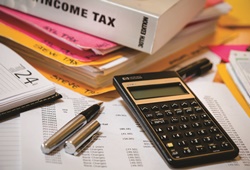 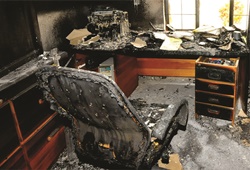