It is with deep regret and much sadness that I learnt of the passing of W/O Herman de Bruin on 7 September 2020. He joined SAP during 1965 in Pietermaritzburg and was later posted to Inchanga where he spent seven years, before spending 12 years at Prestbury. W/O De Bruin was later posted to Pietermaritzburg Central for over 12 years before his retirement in 1997 after 38 years of meritorious service.

He was a kind, compassionate and friendly person who would not even have harmed a fly.

He was fondly known as a “walking Wikipedia” among us as he had an amazing memory of details which others have difficulty remembering, such as dates, vehicle registration numbers and the names of police officials who have served.

I wish to express my sincere gratitude to Jerome de Villiers and Daniel Seevaraj, both retired police members from the Pietermaritzburg social club for being there for W/O De Bruin in his time of need.

Herman will be missed by all who knew him.

W/O De Bruin has been a subscriber of Servamus since 1965 to date.

Our deepest condolences are conveyed to the bereaved family, his brother, Col Johan de Bruin; his sister, Sonja; sister-in-law, Janet; his close friend Christine Rothman. May his soul RIP. 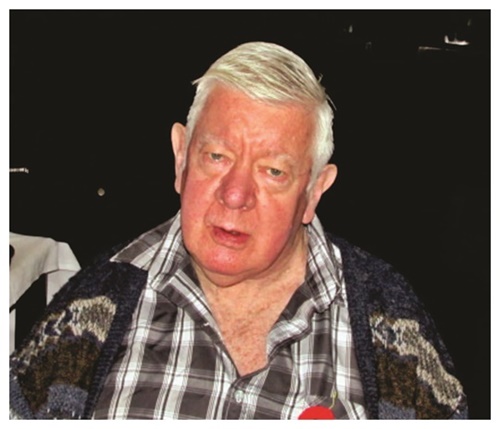