It is with deep regret and much sadness that we have learnt of the passing of a dear friend and former colleague, W/O Mariappa Pillay, affectionately known as “Marie” or “Vasie” by his friends. He passed on after a long battle with cancer.

In September 2016, he became a member of the SA Police retired members social club and regularly attended meetings until September 2020. Vasie regularly attended the funerals of former police members and was always smartly dressed for the occasion. He was an experienced member to whom everyone looked up for advice. As a serving member he was known as a strict disciplinarian and a knowledgeable member. He was a long-serving Elder at Faith Tabernacle.

“Death is the destiny of everyone; the living should take this to heart” (Ecclesiastes 7:2). Death reminds us of the brevity of life and that we only have a certain amount of time to live and love well.

I wish to convey our deepest sympathy and condolences to the Pillay family.

Thank you sir, for your dedication and devotion to the various communities you served.
We salute you! 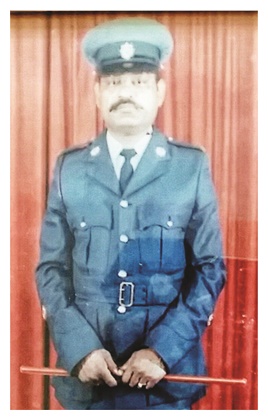