Rungasamy Munsamy was born on 15 May 1942 and passed away on 27 January 2022 at the age of 79 years, leaving behind his loving wife Saras and his children, Adv Karen Pillay, Brig Daron Rungasamy and Lezzane Rungasamy and their partners, Brig Deven Pillay, Yashni Rungasamy and Metesh Naran, and his grandchildren Karilyn, Kristin, Deiondre and Aditi.

Col Munsamy was well-known and respected by his seniors, many peers and subordinates. He qualified as a seasoned police officer due his progressive outlook. Throughout his career he completed various courses and served his country by protecting the national borders and conducting counter-insurgency duties.

During his illustrious career he received many commendations from Ministers of Police, high-ranking officers and members of government. Col Munsamy was appointed to various senior management roles including as station commander, acting district commissioner and commanding officer of the police training college.

He was one of the first Indian police officials to obtain a Bachelor’s degree in Police Science from UNISA, apart from the many other qualifications he acquired prior. His passion was to professionalise and promote a good image of the police.

After 34 years of dedicated service to the police, Col Munsamy retired to focus on his family.

He will be remembered among many for his high standards, unselfish contributions, diverse thinking and impeccable performance. Officers of his calibre contributed to transforming the SAPS and added to the history books in their own way. I was so chuffed to read the many messages, tributes and stories shared by many officers who encountered him. I knew he was a great police officer and a leader, but I only learnt now that he had such a large impact on so many individuals. 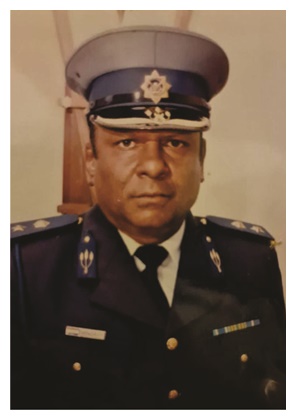