On 11 March 2021, a closely-knit family was robbed of its nucleus, D/Sgt Jeremy Paul, who was ambushed and murdered while tracing a suspected in Swapo, an informal settlement in Pietermaritzburg.

Media reports noted that the wanted person’s home was surrounded - the anomaly is how then was the murdered policeman’s firearm and cellphone taken from his possession? Where were the other team members when the suspect committed the heinous act?

It is hoped that the inquest will disentangle as much information as possible!

The silence of the Minister of Police, Mr Bheki Cele is deafening! The question is whether the Minister will visit the home of the bereaved family and offer support and comfort to the grieving widow and her children like he often does when a policeman is killed on duty? Not even the provincial MEC for Safety and Security cared to offer the family any support whatsoever - the Pietermaritzburg community are crying foul at the insensitivity and indifference of politicians.

Minister Cele, you need to show more care for our men and women in blue. They are not just mere numbers who become statistics when they lose their lives on duty. Please do not be selective when you choose to visit the homes of policepersons lost in the line of duty - grief is not different in a home in Pietermaritzburg!

As the former chairperson of the Mountain Rise Community Policing Forum (CPF), I had many opportunities to interact with the late Jeremy Paul. He will be remembered as a dedicated to duty policeman who valued the safety of his community. May his soul rest in peace. My condolences to his shattered family during their bereavement. 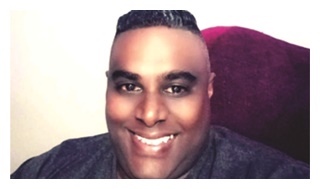