This Gabani case took place between the Mdantsane Magistrates’ Court and the High Court in Bhisho in the Eastern Cape.

On 3 August 2011, Mr Mthethelele Gabani, the accused, and three other accused persons, were arraigned on a charge of gang rape before the Mdantsane regional court. In due course the accused was convicted and on 11 November 2011 the accused was sentenced to 28 years’ incarceration. This was his first brush with the law.

Leave to appeal to the High Court in Bhisho against both his conviction and sentence, was refused.

“[15] These motion papers were accompanied by a confirmatory affidavit from the errant clerk. Copies of the papers were also forwarded to the registrar of the Bhisho High Court and to the deputy Director of Public Prosecutions (“the DPP”). At some stage thereafter two bundles of transcribed documents, a seven-page wadd of illegible manuscript notes, a form J88 and an affidavit were dumped in the High Court file. I am unable to say when this happened as no acknowledgment of receipt is reflected.

[16] Some time thereafter, and in pursuance of a general witch hunt regarding files which had been collecting dust over unacceptably long periods in the general office of the Bhisho High Court, I stumbled upon the appellant’s [accused] petition file. This was in March 2019, after having been advised that the appellant had been phoning the general office every second day from prison (sic) to find out what had happened to his petition. It transpired that nothing had been done to escalate the appellant’s petition for five months, notwithstanding these repetitive calls from the appellant and his family members. In particular, there was no indication that Judge Hartle’s directive had ever been transmitted by the clerk responsible.”

And in a footnote that appears directly after paragraph [16], the following is stated:

“During the course of investigations it soon became apparent that many of the incumbents of clerical positions in the administrative staff component of the High Court were either under-qualified and poorly trained, or were simply incompetent and disinterested in taking their duties as the executive arm of the High Court seriously. I engaged in an intensive and time-consuming training programme which involved a great deal of repetition (as many of the incumbents of the posts were simply out of their depth), transparency, regular reporting and supervision.”

[This is only an extract of a court case published in Pollex in Servamus: August 2021. If you are interested in reading the rest of the discussion and want to find out how, send an e-mail to: This email address is being protected from spambots. You need JavaScript enabled to view it..]

Read More
The relatives of a Pietermaritzburg couple, who were shot dead in their bakkie on Old Greytown Road in March 2021, were angry when a young, close relative discovered a video making rounds on social media platforms showing the grisly scene.
By Kotie Geldenhuys 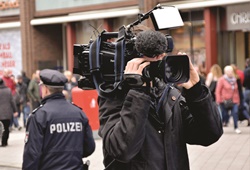 Read More
These days the media is able to cover almost every aspect of the criminal justice system, from the bloody crime scene and the arrest of the perpetrator, to the trial and eventually the sentencing of the perpetrator.
By Kotie Geldenhuys 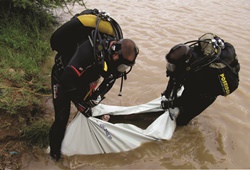 Read More
Blood dripping from stairs like waterfalls and maimed bodies; decomposed bodies covered with maggots; small children crying out in pain after being raped by someone they trus-ted; and women with bruised faces and bodies who shamefully try to hide their pain and humiliation are just a few scenarios that police members come across when they are called to a crime scene.
By Kotie Geldenhuys

Read More
One of the most familiar cold cases, which still boggles South Africans’ minds after all these years, is the Gert van Rooyen and Joey Haarhoff case, when at least six young girls mysteriously disappeared in the late 1980s.
By Kotie Geldenhuys
Newsflash

The Correctional Services Amendment Act 7 of 2021
Read More
Act 7 of 2021 supra appears in English and Afrikaans in Government Gazette No 44650 dated 1 June 2021. It amends the Correctional Services Act 111 of 1998.
Border Management Authority Act 2 of 2020
Read More
This Act 2 of 2020 is discussed comprehensively in Ask Pollex in Servamus: October 2020.
Automatic review by a High Court of criminal proceedings held before certain specified magistrates
Read More - S v Josephs 2021(1) SACR 450 (WCC)
Relevant legislation Section 302 of the Criminal Procedure Act 51 of 1977 (“the CPA”) provides as follows:
Again the difference between section 2(1)(e) and section 2(1)(f) of POCA
Read More - S v Tiry and Eight Others 2021(1) SACR 349 (SCA)
Factual background The principal complainants in this matter are Sasol and Engen who are producers of petroleum products.

80 is the “new 60”
Read More
When police members turn 60, they are legally obliged to go on pension. Yet, that does not mean that they are "old".
“Thank you officer”
Read More
Pollex noticed the following two letters in the regional newspaper Tyger Burger, dated 2 June 2021, which circulates in the Northern Suburbs in the Cape Peninsula.