Organised crime groups: The “mafia”, their members and money 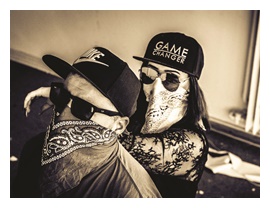 The concept of organised crime often evokes images of mafia- like figures and secret societies involved in drug trafficking and murder. Globally, this “mafia mystique” is associated with shadowy organisations such as the Chinese triads or Japanese yakuza. However, in South Africa, organised crime makes one think about notorious individuals like Radovan Krejcir, Nafiz Modack and Mark Lifman. These crime bosses have been linked to illicit enterprises, with a group of carefully selected organised crime members and corrupt public officials, law enforcement officers and politicians.

As globalisation has facilitated the flow of people, goods and capital, organised crime groups have become equally mobile. While globalisation has provided new business opportunities for legitimate businesses, it has had the same effect on illicit enterprises, allowing them to expand their illicit markets well beyond their local territories - South Africa has not escaped this effect. Since the end of Apartheid, South Africa, with its open borders, weak criminal justice system and well-developed infrastructure has become a major target for African criminal organisations as well as those from other countries (Aslett, 2018). A few years after South Africa became a democracy, the SAPS claimed in 1997 that 192 organised crime syndicates with a combined figure of 1903 primary suspects were known to be operating in South Africa and were under police surveillance. The majority of these syndicates specialised either in drug trafficking (96 syndicates), vehicle-related crimes (83 syndicates), commercial crime (60 syndicates) or a combination of these crimes. At least 32 of the 192 known organised crime syndicates in South Africa operate internationally (Shaw, 1998). With the ever-expanding Internet and world of technology, these statistics most surely increased. Organised crime groups flourish in developing countries where border controls are weak, corruption is high, law enforcement is declining and trade and communication barriers are removed. Countries such as South Africa can become safe havens for global organised criminal groups because of the increased lawlessness experienced within the country (Aslett, 2018). 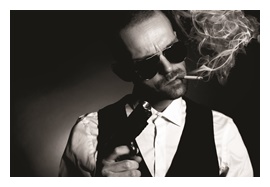 themselves. There are well-established and organised mafia style groups such as the hard-core gangs of the Western Cape or militia-style operations engaged in "taxing" local populations and economic activities, both licit and illicit. Then there are highly effective, criminal networks consisting of a range of foreign criminal actors seeking opportunities such as Radovan Krejcir and the group of Serbians who operated close to him such as Dobrosav Gavric (alias Sasa Kovacevic) who worked as driver and bodyguard for the Cape Town underworld boss, Cyril Beeka (Djuricic, 2018). There are also sets of criminal style entrepreneurs, often operating as companies, with a variety of forms of state protection. Here the Guptas and State capture come to mind (Shaw and Reitano, 2019). Although criminal networks are more commonly associated with organised crime including drug trafficking syndicates, gangs on the Cape Flats, cash-in-transit operations and poaching syndicates, groups like housebreaking gangs, cellular phone thieves, second-hand metal dealers and cable thieves also fuel the organised criminal economy (Goga, Nd).

(This is only an extract of an article published in Servamus: December 2020. The rest of the article deals with the structure of an organised crime and becoming a member; how these groups seek to control the markets and do not like competition and keeping the money safe. If you are interested in reading the rest of this article, send an e-mail to: This email address is being protected from spambots. You need JavaScript enabled to view it. or contact Servamus’s offices at tel: (012) 345 4660/22/41. Ed.)