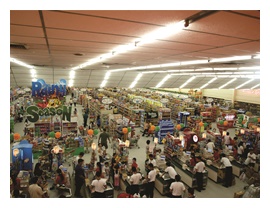 The term "organised crime" is associated with crimes involving "big money": cash-in-transit robberies, smuggling of precious metals and stones, smuggling of wildlife and animal parts, drug trafficking, cross-border vehicle crime and money laundering, to name a few. In the process we overlook the potential role of organised crime in the retail environment. Organised crime in the retail environment is about much more than an armed robbery at a shopping mall when a group of heavily armed criminals target shops trading in goods such as jewellery, IT equipment, cellphones and exclusive clothing. It also involves the large-scale theft of everyday consumer items such as baby formula, cigarettes, razors, over-the-counter medication, health and beauty items, designer brand clothing, accessories as well as electronics.

For the purpose of this article we will look at shoplifting as a form of organised retail crime.

(This is only an extract of an article published in Servamus: December 2020. The rest of the article deals with amateurs and professional shoplifters; e-fencing; the cost of organised retail crime; dealing with shoplifting and the fact that it is not a victimless crime. If you are interested in reading the rest of this article, send an e-mail to: This email address is being protected from spambots. You need JavaScript enabled to view it. or contact Servamus’s offices at tel: (012) 345 4660/22/41. Ed.)