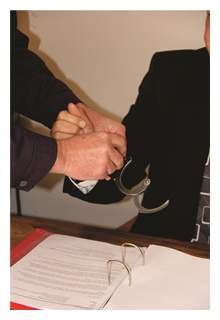 “I am the victim of a grave miscarriage of justice, I was falsely accused, arrested on 9 November 1995, denied bail, then tried and convicted for the murder of my husband, Mandla Anthony Aarif Fakude,” said Amy Fakude from Ekurhuleni after spending 15 years behind bars (Naidu, 2020). Amy is one of many people who went through the trauma of being falsely accused, prosecuted and convicted for a crime they did not commit.

All law-abiding citizens rely on the sentencing of people accused of crime in a court of law. We put our faith in the science behind the evidence to keep our communities safe from criminals. Many people trust the system and believe that someone is guilty when declared guilty and innocent when acquitted. But what if the presiding officer has made a mistake or the evidence has been tampered with resulting in innocent people serving time for crimes they did not commit, while the real criminals still roam the streets. In this month’s Crime Series (refer to p42), it was clear how the criminal justice system has failed the late Inge Lotz and her family as well how an innocent person could have been convicted for a crime he did not commit.

There are many examples in South Africa of how innocent people have been convicted wrongly. Mu-Aalima Amyna (Amy) Fakude, who was arrested along with family members and others in connection of her husband’s murder, was sentenced to 35 years’ incarceration on 13 February 1997 in the Witwatersrand Local Division of the High Court. “I was punished for a crime I did not commit. My arrest for the murder of my husband was based on fraudulent evidence. The evidence presented had been ‘trumped up’. There was no evidence that put me at the scene of the crime … Upon my arrest and trial, the file containing the original case docket and all the information collated at the time my husband was found dead went missing from police records and was never recovered. The initial investigating officer appointed to the case disappeared and was never traced. The evidence in my defence disappeared when my file disappeared from police records,” she said. The result was that original evidence was never made available during the trial. As substitute for the original evidence, fabricated evidence was used to place her on the crime scene. Witness testimony was fabricated and witnesses were forced, coerced, coached and even promised money for giving false evidence. Witnesses who visited Ms Fakude in prison confirmed this. “I certainly declare that the witnesses in my case were falsely identified, as I subsequently learnt from them that each witness had been paid R25 000” (Naidu, 2020). 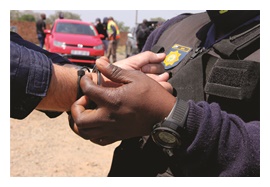 She appealed her conviction, but on 19 November 2000, the Supreme Court of Appeal (SCA) in Bloemfontein only reduced her sentence from 35 years’ incarceration to 25 years’ incarceration. She made several unsuccessful efforts during her incarceration to have her case reviewed by the SA Human Rights Commission and public protector. After spending 15 years behind bars, she was released on parole on 1 September 2010. Her parole ended on 13 August 2020 (Naidu, 2020).

Then there was the case of convicted murderers Samuel “Sampie” Khanye and Victor Moyo who spent 14 years behind bars for a crime they did not commit, before it was proven in court that they were innocent. Since they were arrested in 2003, along with six others, for the hijacking and murder of W/O Dingaan Makuna, a policeman from Mothutlung, the two claimed that they were innocent. Hoping that truth would prevail, Mr Khanye agreed to participate in a prison Victim-Offender Dialogue (VOD) programme, to meet W/O Makuna’s family and “tell the truth” to help both obtain psychological closure. “I told the truth … I said I never committed the murder…,” he said. Mr Moyo refused to meet the family: “I never killed anyone. I know nothing about this crime. The worst part was no-one believed me. I saw a psychologist but all she could tell me was 'be strong’.”

[This is an extract of an article published in Servamus: April 2022. If you are interested in reading the rest of the article that reminds us that this is a global problem, discusses the reasons for wrongful convictions, the cost of appealing such a conviction, legislation dealing with such cases, and what can be done to address the issue, send an e-mail to: This email address is being protected from spambots. You need JavaScript enabled to view it. to find out what you need to do. Ed.]