Police brutality: When children are killed at the hands of police officials 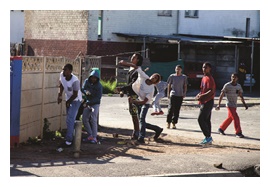 One recent criminal case against officials of the police that rocked the boat was the murder of 16-year-old Nathaniel Julies, in Eldorado Park on 26 August 2020 - the teenager had Down's syndrome. Within a week after the incident, the Independent Police Investigative Directorate (IPID) arrested three police officials and charged them with murder, accessory to murder and defeating the ends of justice. The case is still on trial. This case raised questions such as why some police officials are so brutal and how many children are victims of police brutality?

It is a sad reality that the SAPS is regarded as one of the most brutal police organisations in the democratic world (Stuurman, 2020). The Guardian, in a feature entitled “The Counted”, keeps track of the number of people killed by police action in the USA, where it states that “US police kill more in days than other countries do in years”. It claimed that in the first 24 days of 2015, US police shot dead 59 people, whereas police in the United Kingdom and Wales shot dead 54 people in the last 24 years. At the time however, The Guardian admitted that it was not easy to get accurate annual data on how many people were killed due to police action in the USA, but the official count is approximately 930 people per year. This figure however excludes people killed by local law enforcement agencies and therefore the actual number can be approximately 1240. Using this data, GroundUp, a South African-based not-for-profit news agency, compared USA and South African police lethality, by using data of the 2013/2014 financial year from the Independent Police Investigative Directorate (IPID) (GroundUp, 2015). (IPID is an independent organisation established in terms of the Independent Police Investigative Directorate Act 1 of 2011 (Cano, 2021).) According to IPID, a total of 409 people were killed by police action during 2013. This figure excludes people who died in police custody. GroundUp argues that if an average of 1242 police fatalities occurred annually in the USA and one takes into account that the USA’s population is six times larger than South Africa’s, the SAPS can be regarded as twice as lethal as their USA counterparts (GroundUp, 2015).

The role of politics in police brutality 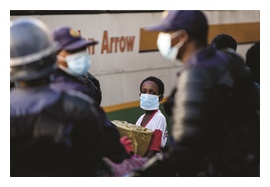 In South Africa, the history of police brutality and human rights abuses in the country can be traced back to its legacy of apartheid and although one would have hoped that police brutality would be wiped out at the dawn of democracy, sadly it survived. According to police officials, there were improvements in policing during the first five years of democracy. There was a clear focus on community policing, community relations, demilitarisation and human rights training. But then in 2000 everything changed: the training period of new recruits went from two years to only one year and corruption became part of the recruitment process (Egwu, 2021).

[This is an extract of an article published in Servamus: April 2022. If you are interested in reading the rest of the article that discusses when children are some of the victims of police brutality; the impact of police brutality on the community; how violent police officials are dealt with and what can be done to reduce police brutality, send an e-mail to: This email address is being protected from spambots. You need JavaScript enabled to view it. to find out what you need to do. Ed.]