Diamonds are forever and so are the scams 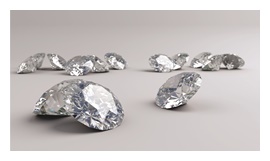 Diamonds are not only one of the most beautiful gemstones, it is also the most durable substance known to mankind. For most people diamonds are associated with celebrating significant life events such as marriage. In addition, they also make worthy investments. But be aware: some individuals in the diamond industry are scam artists who want to get their hands on eager investors’ money.

Scams involving diamonds already started during the diamond rush during the mid- to late-1800s in various countries including South Africa and the USA. History books reveal a variety of incidents, including what was referred to as the Great Diamond Hoax - a scam by two Kentucky swindlers, Philip Arnold and John Slack. In late 1870, the two cousins made San Francisco financier and businessman, George D Roberts believe that they had access to a variety of uncut diamonds and within no time he and his friends fell for the cousins’ stories and invested. When Philip and John cashed out, John had swindled $100 000 out of investors and Philip $550 000 minus expenses! Both men were indicted in California for fraud, but they were never brought to trial (Blust, 2020).

The story of conman, Ronald Skjoldhammer 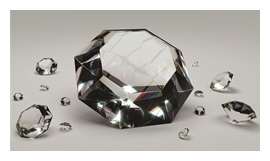 More than a century later, another big diamond investment scam made headlines. This time a South African diamond dealer and conman by the name of Ronald Skjoldhammer was behind the whole scam. One of his victims was Brendan Murtagh, a large shareholder and former director of an Irish building company. In 1982, Brendan was persuaded to part with more than £400 000 in cash to help open a box of diamonds in Amsterdam. Ronald apparently owned the diamonds which he claimed he had smuggled out of Angola in 1973 on behalf of an exiled president. According to him, the money was needed to buy the diamonds but that the box could not be opened without the authority of another man called Johnsey, who wanted prior payment. Brendan agreed to make a payment, withdraw the £400 000 cash from two banks in London and hand it over at a hotel in London. He was promised a substantial share of the diamonds and hoped to make £3 million on the deal. After the payment had been made to associates of Ronald, another man came forward and threatened to enter into legal proceedings to keep the box of diamonds unopened unless he was paid a further £250 000 which Ronald owed him. Brendan agreed to pay the amount. In pursuit of the diamond deal, Brendan travelled to the UK, Amsterdam and twice to South Africa. He was then persuaded to write two further cheques to the diamond dealers, which he instructed his bank not to cash. Ronald then gave him a painting with an estimated value of £0.5 million, which later turned out to be worthless (Independent, 2000).

In 1983, Ronnie Skjoldhammer also tricked some of South Africa's top businessmen, who ran a company called De Bond Corporation, into handing diamonds worth R5.5 million to him. He introduced himself to them as a “wealthy international diamond buyer and racehorse owner” and told them that he keeps the diamonds in a safe deposit box in Geneva, Switzerland (Rose, 2021).

[This is an extract of an article published in Servamus: August 2022. If you are interested in reading the rest of the article that provides examples of more swindlers such as Louis Liebenberg and other diamond scams and explains the promises of big money for investing in diamond export business, send an e-mail to: This email address is being protected from spambots. You need JavaScript enabled to view it. or a WhatsApp message to: 078 712 1745 to find out what you need to do to acquire the article. Ed.]