Identifying the vulnerable before they become victims 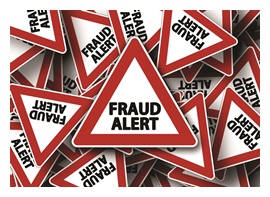 In an ideal world, the community would pay serious attention to awareness campaigns to ensure that they mitigate their risk of falling victim to crime. In an ideal world, crime will be prevented before it occurs. Unfortunately, we do not live in an ideal world. Yet, we need to continue to warn certain groups of people that they have a higher likelihood of falling victim to specific crimes and scams. It they pay attention, then it could be regarded as a small victory in the fight against crime.
Don’t you agree?

We live in a world where thousands of unscrupulous fraudsters and scammers will do anything to make money, irrespective of who they have to target. Remember the infamous Adriaan Nieuwoudt, or so-called “kubus” king of Garies in the Northern Cape, who took the country by storm with his “rotten milk” (vrot melk) scheme during the 1980s? At the time, he allegedly raised millions of rand as thousands of South Africans bought his “milk culture”. They then used this special mixture of cheese and milk culture to “grow” it in glasses, whereafter they dried it into a powder and resold it to Nieuwoudt, while recruiting others to do the same. At the time, Nieuwoudt claimed that he needed vast amounts of the dried powder to use in a skin cream product. Investors later realised that this was nothing but a cover for a classical pyramid scheme as the dried milk culture were found rotting in a shed. As with all pyramid schemes, this one also collapsed resulting in Nieuwoudt being sequestrated and spending some time in jail, although that prison sentence related to diamond theft (IOL, 2004).

What is fraud?
Fraud amounts to an unlawful and intentional misrepresentation which is made to someone which causes actual prejudice or which is potentially prejudicial to another. Irrespective of the subtype of fraud which is committed and which is often only used for academic or investigative purposes, a perpetrator will be charged with the common law crime of fraud in addition to other charges in terms of statutory offences. One so-called subtype or subcategory of fraud or economic crime is investment fraud, which can be explained as what happens when one or more individual deliberately deceives or misleads a victim with regard to his or her risk position and future spending patterns (Van Graan, 2021). There is also a type of fraud where people are targeted for being part of a specific group and which can, in theory at least, be prevented through awareness campaigns and by identifying potential victims before they are victimised. This is called affinity fraud.

What is affinity fraud? 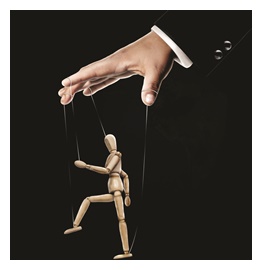 Constant van Graan, the Programme Leader of Forensic Accountancy at the North-West University, explained that in simple terms, affinity fraud is committed by fraudsters who target certain groups of people and is often linked to Ponzi and pyramid schemes (Van Graan, 2021). To expand further on this concept of affinity fraud, the US Securities and Exchange Commission (Nd) explains that this type of fraud targets members of identifiable groups - these could include religious or ethnic communities, the elderly, military members or a select group based on their sexual orientation. Whenever fraudsters think that they can convince any specific group to trust them with their hard-earned savings, they will target them (SEC, 2016). The fraudsters who target these groups either pretend to be, or are members of these groups and they may enlist people who are respected by the other members of the group, such as leaders, to share information about the scheme, while convincing them that it is legitimate and worth their investment.

[This is only an extract of an article published in Servamus: December 2021. If you are interested in reading the rest of the article, send an e-mail to: This email address is being protected from spambots. You need JavaScript enabled to view it. to find out what you need to do. The article also focuses on the format and examples of affinity fraud; protecting groups and communities from affinity fraud and where to report. Ed.]