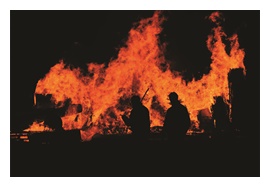 Each year during the dry season, which for the largest part of the country is the winter months, authorities warn us about our behaviour about making fire. We have often heard how a braai fire or a fire that was meant to keep people warm, resulted in the loss of property or sadly, even lives. Unfortunately, South Africa has also experienced massive wildfires which did not only affect a few households at a time but entire towns, communities or regions to such an extent that they were declared disasters.

What is a wild- or a bushfire?
All fires, irrespective of whether we call them veldfires, bushfires, forest fires or wildfires, require three ingredients namely fuel, heat and oxygen. For the purpose of our article, we will use the term "wildfire", which can be described as large, uncontrolled and potentially destructive fires which spread quickly and may change direction or jump across gaps. They can start in seconds from either natural causes such as lightning or from human actions such as a discarded cigarette or a fire that was left unattended. These fires do not discriminate and can affect both urban or rural areas, but the way in which they spread depend on the topography, whether there is fuel available to feed it (such as dry grass or trees) and the weather (such as wind) (IFRC, 2020).

Many of us associate wildfires with those that have been reported on in the American State of California and Greece. During the July 2018 fires in Greece, more than 100 people lost their lives, while thousands of vehicles, homes and trees burned to the ground. From a study that was conducted by the University of Athens after that tragedy, it was found that it was an unprecedented event during which the wind gusts blew at 120 km/h, creating a firestorm that wiped out everything in its path in about two hours. Attempts by residents and visitors to evacuate the area were unsuccessful due to the chaotic and unplanned urban environment. "Operational mismanagement and a corrupt local administration had allowed the development of a labyrinth of illegal buildings that were difficult to navigate," writes Tsimitakis (2021). In October 2021, the so-called Dixie fire that destroyed almost one million acres across northern California was contained after it had burned for more than three months. Local firefighters were able to contain the fire amid a historic rainstorm and flash flooding in the area. At least 1300 structures were destroyed in these fires (Vera, 2021).

As South Africans we need to realise that our country also has a serious vulnerability to fires associated with periods of drought, heatwaves, low atmospheric humidity and strong winds, which are often difficult to control. The 2017 southern Cape veldfire disaster, which cost the South African insurance industry R2 billion, and affected Knysna and the surrounding areas the most, serves as a tragic example (Forsyth; Le Maitre; Van den Dool; Walls; Pharoah and Fortune, 2019).

Extent of wildfires in South Africa

Many South African communities have experienced the destruction of wildfires directly, while other wildfires had such far-reaching consequences that they impacted on South Africans who reside far from where the destruction happened. The southern Cape or Knysna wildfires during June 2017 and the Table Mountain fire that caused extensive damage to the University of Cape Town in April 2021 are two of the huge wildfires that come to mind when we think about wildfires. Yet, there are many more that come to mind. In the past 20 years, Cape Town's iconic Table Mountain has borne the brunt of fires far too often.

****************************************
[This is only an extract of an article published in Servamus: January 2021. If you are interested in reading the rest of the article, send an e-mail to: This email address is being protected from spambots. You need JavaScript enabled to view it. to find out what you need to do. The article also discusses the factors that contribute to fire and extreme wildfires; the consequences and cost of wildfires; and what we can do to minimise the risk of wildfires. Ed.]