When disasters strike, criminals are not far behind 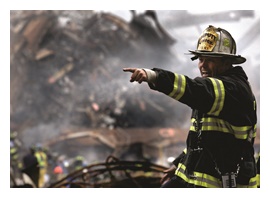 Natural disasters, such as earthquakes, fires, floods and hurricanes are damaging events that change the lives of people within no time. When disasters strike, communities are pulled together to look for ways to support one another and protect what remains.
But there are exceptions - the few people in disaster areas who turn to antisocial activities, including resorting to crime. They engage in looting, sexual assaults, acts of domestic violence and fraud, to name a few crimes.

Apart from the COVID-19 pandemic, 2020 was dominated by climate-related disasters, including floods, droughts and wildfires. A total of 389 natural disasters were reported to the International Disasters Database, EMDAT, in 2020. These disasters resulted in at least 15 080 people losing their lives, affecting 98.4 million others with a cost of $171.3 billion (Centre for Research on the Epidemiology of Disasters, 2021). In addition to dealing with the immediate effect of disasters, victims also have to brace themselves for criminal elements who regard disasters as opportunities to commit crimes.

Burglary, looting and theft
Prof Kathleen Tierney, a professor of sociology and director of the Natural Hazards Centre at the University of Colorado at Boulder argues that “there is considerable research evidence going back to the times that disasters first started to be studied, which was more than 50 years ago, that looting is not a major problem in disaster situations” (Rettner, 2010). However, it is a reality that disasters force many residents away from their homes and business, giving looters an opportunity to move in. The looters will typically steal items that they can take with them for survival or for resale, from homes or businesses that have been abandoned for safety reasons. After Hurricane Irma hit South Florida in September 2017, there were several reports of looting during and after the hurricane. When property and business owners returned after the hurricane, they found that their homes and offices were damaged or destroyed by looters who stole from them during or immediately after the storm (Spatz Law Firm, 2017).

In the month after Hurricane Katrina had slammed into the Gulf Coast of the USA in August 2005, burglary (or looting as it was the case) increased with nearly 200% compared to burglary statistics from the month prior to the disaster (Frailing and Harper, 2012). Shortly after the hurricane had struck, photos surfaced of people carrying cases of soda through chest deep water. Two days after the hurricane, a specific store remained locked after the owners and managers had fled the city. The dairy display case was clearly visible through the windows, but as there was no electricity for more than 48 hours at that stage, the products would no longer be suitable for resale. Outside the store, many residents and tourists grew increasingly thirsty and hungry and as the much promised federal, state and local aid never materialised, the windows at the shop gave way to the looters (Kaufman, 2006).

Daniel Kruger, a social and evolutionary psychologist at the University of Michigan’s School of Public Health, said that when people are taking food and supplies they need for survival, most people will regard these actions excusable given the circumstances. He further argues that if people do take non-essentials, such as television sets, they are “probably not thinking about right and wrong since these uncertain situations can lead to a breakdown of social norms” (Rettner, 2010). Due to the damage caused by the disaster itself, it is often difficult to determine whether looting has actually occurred (Frailing, Harper and Sherpas, 2015).