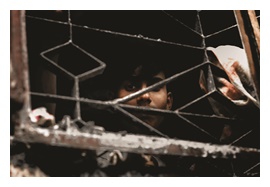 For many South Africans the word “disaster” became a reality in March 2020 when the President of the country, Mr Cyril Ramaphosa addressed the nation in the first of many “family meetings” to follow when he announced the country’s first lockdown. Seldom before had we paid attention to the Disaster Management Act and regulations as “disasters” were, in our minds, typically limited to areas that had been hit by a wildfire, drought or floods. When Mr Ramaphosa informed us that the coronavirus had been declared a national disaster, we all realised that this word was no longer only applicable during natural disasters - it became part of our daily lives. In fact, at the time of going to print at the beginning of December 2021, South Africa had already passed its 600th day in lockdown under the national state of disaster. Yet, disasters have been with us for much longer than the coronavirus and their impact in certain communities have been worse than this virus.

According to Act 57 of 2002, a “disaster” means a progressive or sudden, widespread or localised, natural or human-caused occurrence which -
(a) causes or threatens to cause -
(i) death, injury or disease;
(ii) damage to property, infrastructure or the environment; or
(iii) disruption of the life of a community; and
(b) is of a magnitude that exceeds the ability of those affected by the disaster to cope with its effects using only their own resources. 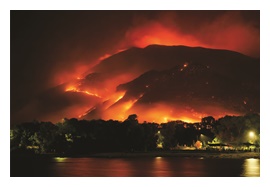 [This is only an extract of an article published in Servamus: January 2021. If you are interested in reading the rest of the article, send an e-mail to: This email address is being protected from spambots. You need JavaScript enabled to view it. to find out what you need to do. The article continues by explaining the different types of disasters – including natural versus man-made; the extent of disasters; the structures to deal with disasters in South Africa and highlights some of the disasters experienced in South Africa. Ed.]