The right to self-defence: Civilian arrest and the use of force

By Adv John I Welch 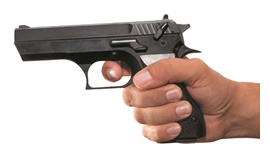 In Servamus: December 2021, I discussed how the killing or injuring of a human being may be justified in terms of our common law. The Criminal Procedure Act 51 of 1977 (the CPA) provides for the only other justification. The use of force, albeit justifiable, is a serious matter, but the taking of a life, even when you thought it should be taken, is even more serious.

Section 205(3) of the Constitution of the Republic of South Africa, 1996 (the Constitution) mandates the South African Police Service (SAPS) to prevent, combat and investigate crime, to maintain public order, to protect and secure the inhabitants of the Republic and their property and to uphold and enforce the law. Since these constitutional activities do not necessarily always happen, civilians may therefore be required to execute arrests, but only in accordance with the provisions of section 42 of the CPA. This section provides as follows:

"Any private person may without warrant arrest any person -
(a) who commits or attempts to commit in his presence or whom he reasonably suspects of having committed an offence referred to in Schedule 1;
(b) whom he reasonably believes to have committed any offence and to be escaping from and to be freshly pursued by a person whom such private person reasonably believes to have authority to arrest that person for that offence;
(c) whom he is by any law authorised to arrest without warrant in respect of any offence specified in that law; and
(d) whom he sees engaged in an affray."

One should think very carefully before attempting to execute an arrest. Not only could you err regarding the identity of the person, or the crime allegedly committed, but you should also think of what to do with the person after the arrest. Also bear in mind that if you have erred regarding any aspect of the arrest, you could be held liable for damages based on unlawful arrest.

In terms of section 47 of the CPA, male persons from the age of 16 to 60 years may be called upon by police officials to assist with an arrest. Also, this is a dangerous 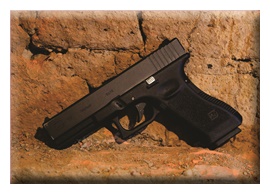 Should it be necessary to use force, even deadly force, during the execution of the (citizen's) arrest one will, depending on the circumstances, usually rely on self-defence or section 49 of the CPA.

[This is only an extract of an article published in Servamus: January 2021. If you are interested in reading the rest of the article, send an e-mail to: This email address is being protected from spambots. You need JavaScript enabled to view it. to find out what you need to do. Ed.]