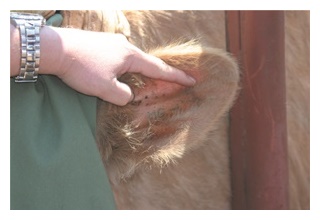 Livestock ownership is the backbone and a source of political and social influence to many rural communities throughout South Africa. They are valuable assets, providing an important source of wealth, food and income, social identity, recognition, pride and status, as well as a symbol of prosperity and prestige. Livestock, especially cattle, are not merely a source of food, they are also a form of social capital that is important for negotiations and social investment for many rural communities. Rural communities regard livestock as “living wealth” and these animals are often their only source of income and sustenance. Therefore, when livestock are stolen, it may be traumatic and threaten the economic lifeline of many rural farmers. Although the impact tends to be more severe to small-scale or subsistence farmers, they are not the only ones who suffer from stock theft. This crime also has a serious impact on commercial farmers and therefore on the red meat industry as a whole. Livestock are among the major sources of money for criminals who want to pursue their own selfish financial gain (Bunei, 2016 and Maluleke et al, 2016).

Stock theft is on the increase in South Africa. This is confirmed by the latest SAPS crime statistics for the 2019/2020 financial year which were released in September 2019 showing a 2.9% increase from the previous financial year. With 29 672 recorded cases, livestock theft costs the country billions of rand each year, damages the local agricultural economy and negatively impacts food security. According to the National Stock Theft Prevention Forum, livestock to the value of R1.24 billion have been stolen in South Africa during the 2018/2019 year (Brandt, 2020). All of this can push a farm into ruin and there are instances where farmers are forced out of business as a result of losses to stock theft (Corrigan, 2019).

Apart from the economic impact, stock theft inflicts a chilling psychological impact on farmers. Livestock owners can get very emotional about the loss of animals as these are living beings, not mere objects (Corrigan, 2019). When one looks at photos of how these animals have been injured and mutilated, one can understand how difficult it is for livestock owners when they come across mass slaughtering and their maimed animals. These farmers feel helpless and furious against those who commit the crime and might not even be thinking about their financial loss at that stage. The biggest concern must be regarding the suffering of the animals. The cruelty inflicted against these animals will make the most hardened farmer's stomach turn. On 13 December 2018, a farmer from Bethal found 16 of his cattle slaughtered on his farm. Three of the animals were still alive while they were being slaughtered! The farmer had to shoot them. Only the heads and stomachs of some of the cattle were left and a few of them still had meat on them as well (https://ridgetimes.co.za/129655 /graphic content farmer discovers mass slaughtering cattle bethal). Another shocking case was where a livestock farmer from Cathcart in the Eastern Cape made a grisly discovery on the morning of 26 November 2019. He found that 18 of his sheep had been killed, gutted and hung on a barbed wire fence. Two other sheep were still alive, but the tendons on their back legs had been hacked off with pangas to prevent them from running away. The farmer is of the opinion that the thieves were disturbed and therefore fled the scene, leaving the carcasses behind (Grobler, 2019a).

Maluleke et al (2016) argue that contributory factors to the increase in stock theft in South Africa are due to: 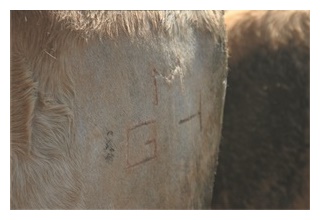 The modus operandi of stock thieves depends on whether the theft is for survival or re-sale. If for survival or “potslag”, only a few animals will be stolen or slaughtered, with the thieves taking what they can carry, leaving the carcasses behind. In contrast, criminal syndicates plan their operations carefully, usually drawing on three to five individuals. A scout watches the movement of the livestock and alerts gang members who steal the animals and remove them using trucks (Chelin, 2019). 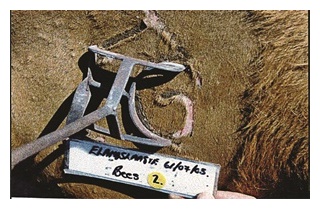 Stock theft is nothing new, it is probably as old as agriculture itself, but the fact that this is now perpetrated by organised syndicates rather than only petty thieves, is concerning. According to Willie Clack, penologist at the University of South Africa and chairman of the National Stock Theft Prevention Forum, 87% of livestock theft involves some form of organised crime, while 13% is for survival (Chelin, 2019). Mr Clack further claims that it takes sophistication, planning, organisation and resources. “The motivation is not desperation, it’s greed,” he said (Corrigan, 2019) as one can surmise from all forms of organised crime.

[This is only an extract of an article published in Servamus: March 2020. The rest of the article continues with the discussion of stock theft as an organised crime; cross-border stock theft; the violence associated with stock theft; scams; and how livestock can be protected through identification and technology and policing problems. The article concludes with successes and tips to prevent stock theft. If you are interested in reading the rest of this comprehensive article, send an e-mail to: This email address is being protected from spambots. You need JavaScript enabled to view it. or contact us at tel: (012) 345 4660 to find out how. Ed.]