Recognising excellence in the fight against crime 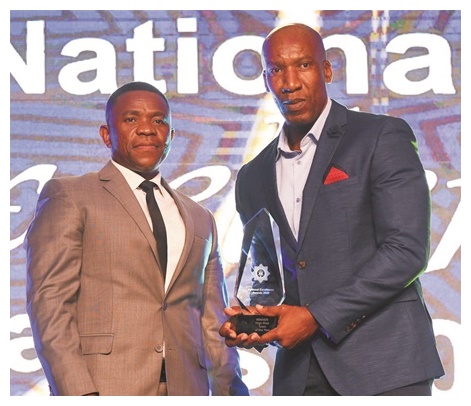 The National Excellence Awards is an annual event hosted by the South African Police Service to recognise and reward outstanding performance in the SAPS, including that of support staff, reservists and community police forums. Recipients displayed extraordinary excellence and commitment in the execution of their daily duties. One of the many members who won an award that night was, W/O Severiano Blundin, who was voted the Laurette winner.

His commitment, relentless and consistent efforts in the fight against crime, was the reason why W/O Severiano Blundin from the Port Elizabeth Flying Squad was voted by the audience as the overall winner of the night. He not only received the keys to a brand-new car, but prior to the voting process, he also received the award as the Visible Policing Member of the Year.

What makes W/O Blundin a winner?
During the 2018/2019 financial year, he made 102 arrests, recovered 39 firearms, 24 magazines and 105 rounds of ammunition. He went on to recover 56 vehicles that had been hijacked, stolen or used to commit crime. He also recovered various items of stolen property to the value of R1.8 million, R210 000 in cash as well as drugs with an estimated street value of R620 000.

But it was his story of courage and fearlessness that won the hearts and minds of the audience. On 16 January 2019, W/O Blundin spotted a suspicious-looking vehicle and pursued it, although he was off-duty at the time. It was discovered that this vehicle had been involved in a shooting earlier that day. A high-speed chase ensued that led to a shoot-out between the policeman and a well-known gang leader in the area. The suspect was fatally wounded and this incident led to the recovery of 18 firearms on that specific day.

W/O Blundin was thrilled to have won his prize: "I feel very excited and at the same time I'm very grateful to the Lord for giving me this opportunity to win such an award and a brand new vehicle. I would like to encourage my colleagues in the SAPS not to give up on their goals but instead to push through until they reach the top. Let us all continue to strive to make South Africa a safer place."

This annual awards ceremony is one of the very few moments where the SAPS allows the men and women in blue to take time off from their often strenuous and challenging duties to relax, unwind and enjoy themselves.

"You all have made an invaluable contribution, not only to the SAPS as an organisation, but also to our country and the communities you serve, you have not done this in expectation of any award, but because service and loyalty are deeply embedded in your characters. For this we say thank you. We must however remain on a steadfast course on our journey to a safer South Africa. All this in essence, to realise the objectives of the National Development Plan, Vision 2030 and the Turnaround Vision of the SAPS," said the National Commissioner of the SAPS, Gen Khehla Sitole at the event that was hosted on 26 January 2020 in Port Elizabeth.

THE WINNERS
During the awards ceremony, which preceded National Police Day, winners in various categories were awarded for the employee's achievement towards the strategic objectives of the organisation, the employee's dedication to duty (for example the extent to which the employee goes the extra mile and beyond the call of duty), the creativity, initiative, innovation and resourcefulness displayed by the employee to contribute positively towards service delivery, the employee's impact and value added to service delivery, and the employee's attributes (compliance to the Code of Conduct, discipline, professionalism and/or any other extraordinary circumstance(s) that were observed).

Administration employee of the year level 1-4
M N Madlobha who works as a groundsman at SAPS Ingongo in KwaZulu-Natal was crowned winner in this category. The other two finalists were Foreman K A Cele from Cedarville SAPS, Eastern Cape and security officer J R Sithole who was a police reservist for two years before he started working as a security officer in the Division: Visible Policing.

Administration employee of the year level 8-12
Capt L T le Roux is the Sub-Section Commander, Communication Services at Brighton Beach SAPS in KwaZulu-Natal and crowned winner in the category administration employee of the year (Level 8-12). The other two finalists were Col D P Iyer, the Transport Manager at SCM in Limpopo and Lt-Col D C de Kock, the Support Head at Port Alfred SAPS, Eastern Cape.

Administration team of the year
The Service Terminations Team in the KwaZulu-Natal Provincial Office under the command of Lt-Col F S Masondo received the award. The two other finalists in this category were Human Resource

[This is only an extract of an article published in Servamus: March 2020 from pp 42-51. The rest of the article recognises each of the winners and finalists in the different categories. If you are interested in reading the rest of this comprehensive article, send an e-mail to: This email address is being protected from spambots. You need JavaScript enabled to view it. or contact us at tel: (012) 345 4660 to find out how. Ed.] 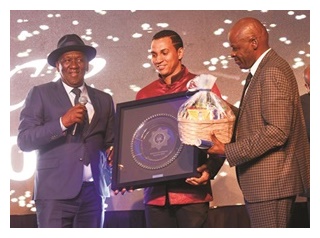 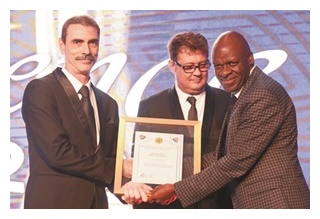