The world of private investigators – in South Africa 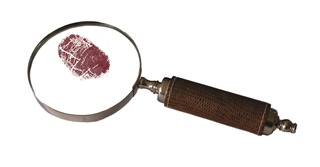 The job of a "private investigator" or PI is synonymous with images of the sexy Thomas Magnum, a former Navy seal, who drives around in a red Ferrari on the beautiful island of Hawaii, in the similarly named television series Magnum PI. The series gives viewers the impression that all PIs repurpose the skills they obtained during their former military or law enforcement careers, to assist their clients in getting some form of justice. Their clients usually have a valid reason why they prefer not to involve the police directly or immediately in the investigation. The television series also plays on the love-hate relationship between Magnum and one of Hawaii's top detectives. And, if you are not familiar with Magnum, then surely the name of Sherlock Holmes, a fictional private detective, will ring a bell.

Although crime is rife in South Africa, law enforcement-related careers are not necessarily the most financially rewarding options to choose. Therefore, the majority of private investigators (PIs) have a slim chance of having the same image and lifestyle as their television counterpart, Thomas Magnum. And yet, there are many dedicated individuals who will fight for the greater good to ensure that justice is served, either as law enforcers employed by the State or as private investigators, despite not earning the biggest of salaries. Private investigators are playing an increasingly critical role in the investigation of crime, specifically in terms of financial and cyber-related crime.

Since not everyone is familiar with the world of private investigators in our country, Servamus asked two PIs to share their experiences and comments about this industry. One of the PIs is self-employed, while the other is the CEO of a well-known company that has a number of investigators in their employ.

(a) auditors, accountants, attorneys, advocates or forensic scientists conducting investigations which fall within the normal and reasonable course and scope of their professional functions;

(c) internal investigators conducting investigations which a business, other than an investigating business, may undertake in the course and scope of its normal and reasonable endeavours to safeguard its security, strategic, operational or business interests:

Provided that no person is excluded from the definition of a private investigator if he or she conducts any investigation which falls within the exclusive function of the State;..”

The PSIRA Act makes it clear that performing the functions of a private investigator, is regarded as rendering a “security service”.

Section 20(1) of the PSIRA Act obligates all security services that render such a service for remuneration, reward, a fee or benefit, to be registered with the Private Security Industry Regulatory Authority (PSIRA).

(a) if all the persons performing executive or managing functions in respect of such security business are registered as security service providers; and

All private investigators need to renew their registration every two years. 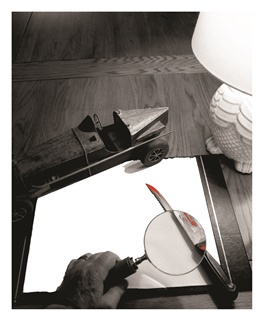 (a) may not perform any act which interferes with, hinders or obstructs a security service or an organ of State in performing any function that it may lawfully perform, or advise or agree with a client to perform such an act;

(b) may not advise, assist or incite a client or any other person to commit an offence, a delict, breach of contract or any other type of unlawful act;

(c) may not undertake or assist in the entrapment of any person for the purposes of obtaining evidence of an offence, a delict or breach of contract unless such conduct is permitted in terms of law and any official permission that may be legally required, has been obtained;

[This is only an extract of an article published in Servamus: November 2020. The rest of the article discusses more about the code of conduct for the private security; looks at some of the requirements, skills and qualifications needed for private investigators; discusses the importance of continuous training and accreditation; the law and case law in favour of private investigations; the types of investigation conducted by private investigators. If you are interested in reading the complete article, contact Servamus’s offices by sending an e-mail to: This email address is being protected from spambots. You need JavaScript enabled to view it. or contacting us at tel: (012) 345 4660/41.]