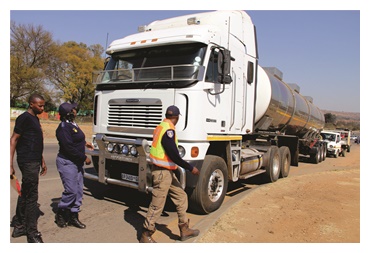 In recent years South African roads have become battlefields where trucks are torched and truck drivers have to fight for their lives. Apart from truck hijackings where trucks, trailers and cargo are targeted, truck drivers also have to deal with service delivery protests when trucks are attacked and destroyed, as well as cases where foreign truck drivers are the targets of vigilante groups. Sadly, this often results in the ultimate loss of people's lives.

There have been numerous attacks on trucks and their drivers during the past couple of years. The Road Freight Association (RFA) estimates that as many as 1400 trucks across the country have either been torched, damaged or destroyed during the 2018/2019 financial year. During the period April 2019 to June 2019, 60 trucks were torched countrywide, of which 17 incidents occurred during June 2019 in KwaZulu-Natal. One such an incident took place during the night of 2 June 2019 on the N3 just outside Pietermaritzburg when two freight trucks, carrying hazardous materials from a depot near Durban harbour to Johannesburg, were shot at and petrol-bombed by unknown suspects. The heat of the fire was so intense that the tyres melted into the tar. Both drivers were lucky to escape alive. One of the drivers said that a white double-cab bakkie had passed them and its occupants had shot at them. As soon as the bakkie had passed, it stopped in front of the truck and the shooting started again. The driver activated the handbrake and jumped out of the vehicle (Carte Blanche, 2019). More of these kinds of incidents occurred during 2019 and 2020. But November 2020 was a particularly tragic month for the trucking industry since almost 30 trucks were either torched or looted (Eyewitness News, 2020). On 19 November 2020, nine trucks were torched in Heidelberg, on 21 November 2020, five trucks were set alight between Parys and Sasolburg and on 22 November 2020, nine were torched on the N3 in KwaZulu-Natal. A truck was attacked in Heidelberg, Gauteng, on 23 November 2020 and its 45-year-old driver from KwaZulu-Natal, Busani Dlamini (Eyewitness News, 2020) was shot. On 24 and 25 November 2020, six trucks were set alight in separate incidents across Gauteng, Mpumalanga and KwaZulu-Natal (Nicolson and Simelane, 2020). Gavin Kelly, the CEO of the RFA said that over the past four years, truck robberies have become increasingly violent (Brown, 2020). According to the RFA's database, 320 people, an average of almost one person a day, died in the road freight industry during 2018/2019 due to crime or violent service delivery protests (Gous, 2019).

In a combined statement issued by the Ministers of Police, Home Affairs, Labour, Transport and State Security the violence was condemned as they noted that 84 attacks had been recorded between April 2020 and November 2020. The statement noted that government leaders had identified two elements to the violence, the first being labour issues "to do with ‘emerging tendencies by some employers displacing South African truck drivers with foreign nationals’ and sporadic actions of torching of trucks by those affected". The second factor was "business issues". The statement read: "Ownership of trucks, tenders and contracts and competition between companies for lucrative routes is emerging as challenges" (Nicholson and Simelane, 2020).

The life of a truck driver 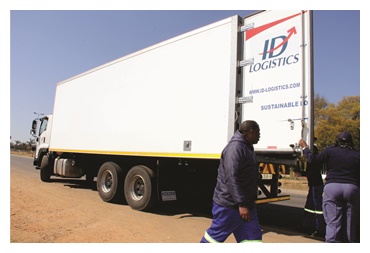 Being a truck driver is not an easy job as the majority of them work long hours, often starting just after 04:00 in the morning and driving until 22:00 at night. Some drivers drive for 30 days a month, averaging between 800 and 1000 km a day. They sleep in their trucks at truck stops, next to the road when they get tired or while they wait at places while the trucks are being off-loaded. It is during these times when they are sleeping, that these drivers are soft targets. Many drivers' lives are confined to the small area of the truck cabin where they eat, sleep and "live". It cannot be an easy life. So, when they are robbed and the robbers enter the truck drivers' comfort zone, it is similar to a house invasion (Via TV, 2019).

Truck drivers live lives of uncertainty about whether they will reach their destination and their homes safely. Their lives consist of facing several challenges during the journey, ranging from bad weather, poor road conditions and aggressive road users to the possibility of being hijacked, which might cost them their lives. Truck drivers literally put their lives on the line to earn a living.

[This is only an extract from an article published in Servamus: March 2021. If you are interested in reading the rest of the article in which we discuss the violence that truck drivers experience; the unhappiness among South African truck drivers; ask who is responsible for these attacks; the fact that both local and foreign truck drivers are attacked and whether anything is done to address this violence, contact Servamus’s offices by sending an e-mail to: This email address is being protected from spambots. You need JavaScript enabled to view it. or a fax: 0866 358 956 to enquire. Ed.] 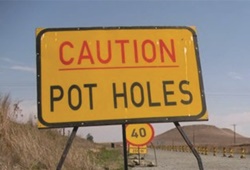 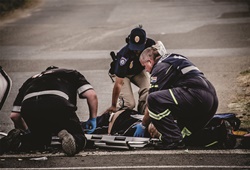 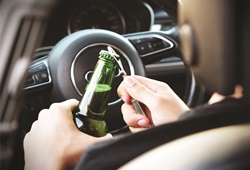