Representing “the underworld” is a dangerous job 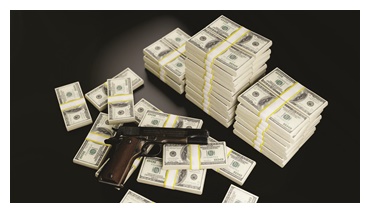 Adv William Booth, one of the top criminal defence lawyers in Cape Town, was the target of a man who shot at him on the morning of 9 April 2020. Adv Booth had become known for representing alleged underworld figures such as Mark Lifman and André Naudé. Fortunately for him, the hitman missed and fled the scene. Not long after the incident, three members of the Terrible West Siders (TWS) gang, which operates in the Woodstock area, were arrested for the attempted murder. In their plea and sentencing agreement, the three claimed that the leader of the TWS, who is currently incarcerated, instructed Ebrahim Deare and Riyaad Gesant via Kauthar Brown to arrange a “hit” on Adv Booth at his home. The trio met and planned their hit but for three consecutive days, they were unsuccessful in carrying it out. The incarcerated gang leader became impatient and on the night of 8 April 2020, he contacted the duo and instructed them to carry out the murder the following day. On 9 April 2020, Ebrahim Deare and Riyaad Gesant were dropped off close to the home of Adv Booth. When he entered his garage with his dogs, Ebrahim Deare, who was in possession of a fully loaded revolver, ran towards him and fired five shots at Adv Booth.

On 23 April 2021, the Cape Town Regional Court sentenced Kauthar Brown to three years’ correctional supervision which includes house arrest and 960 hours of community service. Ebrahim Deare was effectively sentenced to ten years’ incarceration while Riyaad Gesant was sentenced to an effective five years’ incarceration. Zane Killian, who is one of the accused for the murder of Lt-Col Charl Kinnear, was also implicated in this matter, but he is set to stand trial on his own in this matter pertaining to Adv Booth (Francke, 2021). Adv Booth survived the hit, but a number of other criminal defence lawyers and advocates, representing those operating in the underworld, have not been so lucky and paid with their lives simply because of their clientele.

One of the cornerstones of South African law is the fact that every citizen has the right to fair representation when accused of a crime. Criminal defence lawyers and advocates have the most thankless jobs in the legal arena as their job is to ensure that a person's constitutional right to a fair trial is upheld. This right is also applicable to those who operate in the criminal underworld.

Because representing individuals who operate in the criminal underworld is such a life-threatening task, many criminal defence lawyers and advocates must have asked themselves whether it is worth their while to accept these underworld figures and gangsters as clients. The Global Initiative Against Transnational Organised Crime (2020) stresses that with a number of hits and attempted hits on lawyers who represent underworld figures and gangsters, there is the fear that such a trend could erode the integrity of the legal system. The effectiveness of any legal system depends heavily on the ability to trust the integrity of both defence and prosecution lawyers and their teams as well as on the ability of lawyers to represent their clients or the State without fear or favour. The apparent rise in violence directed at lawyers in South Africa may jeopardise this ability (Global Initiative Against Transnational Organised Crime, 2020).

Some lawyers have become well-known for representing gang members and those operating in the underworld. After the successful defence of an underworld figure, the lawyer might become a trusted "go to" lawyer for other gangsters. This may be a lucrative business opportunity and help to attract new clients. These lawyers could soon get caught up in the underworld due to client recommendations or when their clients rely on them more heavily. Some of them also become public figures, partly due to the notoriety of their clients. A former Cape Town gang lawyer claims that some lawyers work predominantly for gangs and underworld figures for the following reasons:

[This is only an extract of an article published in Servamus: July 2021. The rest of the article discusses whether these lawyers put their integrity at risk and whether these attacks create far among lawyers; looks at the reasons why lawyers are assassinated and at specific cases where criminal lawyers have been assassinated. If you want to find out how you can read the rest of this article, send an e-mail to: This email address is being protected from spambots. You need JavaScript enabled to view it..]