Rape as a weapon of war: The unspoken shame 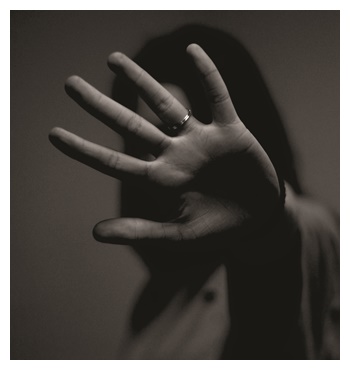 Photos by Jordy Meow; and Mattia Ascenzo on Unsplash

At the end of Congo's factional war in 2004, soldiers attacked the village where 16-year-old Mukuninwa lived. They tortured and killed the men of the village, while the women's clothes were stripped from their bodies. Their arms and legs were staked to the ground and as the soldiers passed, they raped the women. Some of the women were also sexually assaulted with sticks and rifle barrels. The pain these women endured was so intense that some of them passed out. But the soldiers were quick to revive them with buckets of water. Mukuninwa is unsure about how many men raped her during captivity (Baker, 2016).

The crime of rape being committed during war is as old as war itself. At the end of World War II in 1945, Soviet forces entered Berlin and sexually assaulted and raped more than two million German women (Deller, 2017). Since the end of World War II, wars and conflicts have become a harsh reality of our lives and we often hear about reports of new conflicts and escalated tensions between two or more nations. The act of rape is continuously being used as a weapon, as a war strategy, as a way to terrorise, as a method to torture and as an effective tool to destroy communities.

Reasons why rape is used as a weapon
Hiba Zaheer and Erika Yagnik from the Faculty of Law at the Aligarh Muslim University in India argue that sexual violence in the form of rape is considered as a weapon even more powerful than a bomb or a bullet. They added that a “reason for rape during the times of war is to assert the masculinity of the perpetrators over the victims” (Zaheer and Yagnik, 2018). Another reason is that the perpetrators want to humiliate their enemies further by raping “their” women, “implanting sperm, taking over their means of reproduction, wiping out the enemy race or ethnicity” (Wolfe, 2012). A document entitled “Sexual violence: a tool of war,” published by the United Nation (UN) in 2014, stated that “rape committed during war is often intended to terrorise the population, break up families, destroy communities and, in some instances, change the ethnic makeup of the next generation. Sometimes it is also used to deliberately infect women with HIV or render women from the targeted community incapable of bearing children” (UN, 2014). Prof Inger Skjelsbæk, a professor at the Peace Research Institute in Oslo, agrees with this reason and adds that sexual abuse is intentionally used as a weapon to exterminate whole populations, terrorise people and force them from their houses (Grønhaug, 2018).

Sometimes the rape of enemies is regarded as a type of reward and as a by-product of war. This was the case with the rape of German women at the end of World War II (Grønhaug, 2018). Rape is also used to punish women, especially women who are politically active themselves or associated with people who are politically active. Sexual violence can “also form part of a genocidal strategy and ethnic cleansing, which inflicts life-threatening bodily and mental harm” (Zaheer and Yagnik, 2018). Peltola (2018) adds that rape can also be considered as “a spoil of war where men rape and commit acts of sexual violence for their own pleasure”. 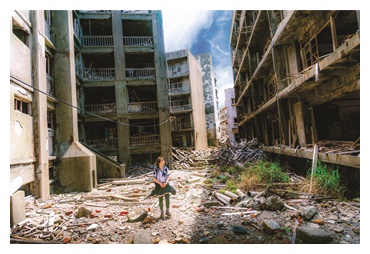 The term “ethnic cleansing” is often mentioned in literature when rape as weapon of war is mentioned, but there is no legal definition for this concept, as it is not recognised as an independent crime under international law. However, it can be argued that ethnic cleansing refers to the expulsion of a group from a certain area (Quran, 2017).

[This is only an extract of an article published in Servamus: July 2021. The rest of the article deals with sexual violence as a weapon in war is an increasing problem; the experiences and stories of the rape survivors; the children who are conceived as a result of rape; the husbands of the rape survivors; how these rape incidents are ripping communities apart; and men as victims of rape. If you want to find out how you can read the rest of this article, send an e-mail to: This email address is being protected from spambots. You need JavaScript enabled to view it..]