Bullying in the workplace: Corporate and organisational “psychopaths” 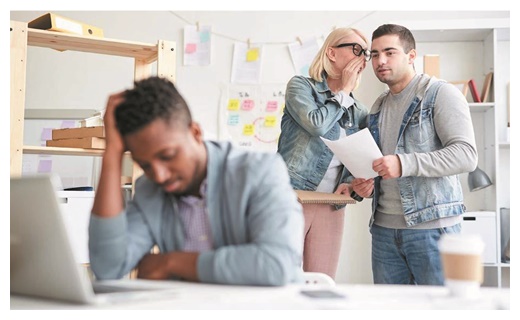 We are all familiar with the term “bullying” and all too often images of learners who are bullied by teasing, isolation and physical assaults, come to mind. When leaving school, bullied individuals think that they are now entering a life without bullies. Think again. Believe it or not, bullying in the workplace is something which occurs quite frequently. According to the Workplace Bullying Institute, more than 60 million working people in the USA are affected by bullying (www.healthline.com/health/workplace bullying#signs).

Although bullying in the workplace does not have a legal definition in South Africa, harassment does. Harassment in the workplace is not confined to sexual harassment, but can take many other forms. According to the Commission for Conciliation, Mediation and Arbitration (CCMA) “harassment” includes bullying (CCMA, 2018).

What is workplace bullying?
Vince Scopelliti (2019), a lawyer who also has a degree in Psychology and who is the Managing Director of WISE Workplace, reminds us that workplace bullying is harmful and targeted behaviour that includes:

However, being criticised or monitored does not always refer to bullying. Examples are, objective and constructive criticism and disciplinary action directly related to workplace behaviour or job performance are not considered bullying. But criticism meant to intimidate, humiliate or single out someone without reason would be considered bullying (www.health-line.com/health/workplace bullying#signs).

Prof Renata Schoeman, a psychiatrist and associate professor in leadership at the University of Stellenbosch Business School said that psychopaths are not just found in serial killer movies and crime novels. They stalk corporate corridors too, where their trail of destruction might not include murder but can mean the death of productivity, motivation and profits. She refers to the so-called "corporate
psychopaths" and bully bosses. According to her, it is often the leaders who should be at the forefront of reducing workplace conditions that lead to stress and burn-out, who contribute to the problem, rather than to the solution. "We are not talking about the 'difficult' boss here, but the boss who is a bully, many of whom could be defined as corporate psychopaths," she explains (Schoeman, 2019).

Downwards bullying (by bullying bosses) can take many forms. It can include things such as overloading a person with work in the hope that they will fail, or constantly criticising them regarding their work performance, but at the same time not criticising any specific aspect of the work performance. This bullying is done in such a subtle way that nothing specific can be pinpointed and it usually ends where the employee simply resigns without having sufficient grounds or substance to bring a dispute of constructive dismissal against the employer (www.labourguide.co.za/discipline dismissal/373 harassment in the workplace).

[This is an extract from an article published in Servamus: October 2020. If you are interested in reading the rest of this insightful article where we explain the different types of workplace bullies; the cost of bullying and what the law says about workplace bullying, please contact Servamus’s offices via e-mail: This email address is being protected from spambots. You need JavaScript enabled to view it. or phoning (012) 345 4660. Ed.]