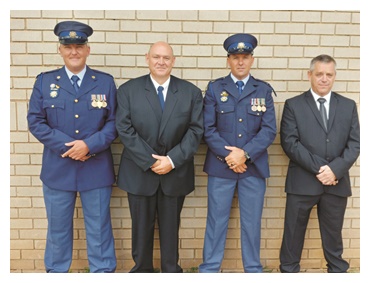 “Bravery is not the absence of fear, but action in the face of fear” - Mark Messier.

Police members know that they are likely to face death - maybe once, maybe a few times during their careers. This is why it is not a job for the faint-hearted. But very few police members are willing to face their fears through thick, dark smoke and flames to save the lives of firefighters trapped in a burning building … except for the extremely brave.

The Bank of Lisbon building has formed part of the Johannesburg CBD’s skyline since the 1970s. This 23-floor building used to accommodate three government departments before a conditional assessment report, released in August 2018, stated that this building was among eight Gauteng government-owned office blocks that failed to comply with health and safety standards. The conditional assessment of buildings was commissioned after the Department of Labour had raised health and safety red flags at the Bank of Lisbon building. According to the Gauteng Department of Infrastructure, they were in the process of finalising contracts with landlords of buildings to relocate two of the government departments by November 2018 (Tau, 2018) but disaster struck on 5 September 2018.

That morning, Johannesburg firefighters reported for duty like every other day. Little did they know what trauma awaited them. It was the same for four police members, who did not know that they would execute a life-threatening rescue operation that day. The government employees who worked in that building also did not know that they were to witness one of the biggest rescue operations soon after they had reported for work. 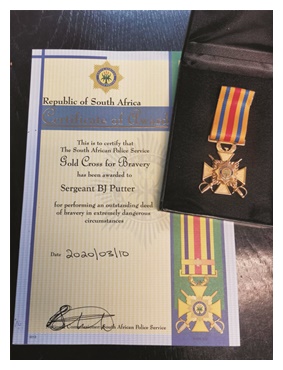 On that morning, a fire broke out on the 23rd floor of the building. While the employees streamed down the stairs in an attempt to escape the flames, the fire brigade arrived to ensure that the 1115 employees working in the building were evacuated safely. Unfortunately, while battling the blaze, some firefighters got trapped in the building. In an attempt to get onto a ledge, one of the firefighters tragically fell to his death from the 23rd floor.

On the same morning, Sgt Reinier Henning, a member of the Search and Rescue team of the West Rand K9 Unit, was at Johannesburg Central Police Station to drop off official documents, when he heard about the drama at the Bank of Lisbon. As this building is close to the police station, he rushed to the scene where he found hysterical people outside the building. They had not only witnessed how the firefighter had fallen to his death in front of them, but they also panicked about the smoke and flames coming from the top floors of the building. It was total chaos. Sgt Henning was informed that although all the civilians had been evacuated, at least ten firefighters had been trapped in the building. He immediately called for a police helicopter to assist with the rescue operation.

When Sgt Henning spoke to Capt Piet Maritz, an airborne law enforcement officer, he told him that they needed a helicopter to hoist the trapped firefighters to safety. As the pilot on duty, Capt Ramdhin, was not hoist-rated, Capt Maritz assured Sgt Henning that they would get a pilot who is hoist-rated to assist.

Capt Maritz contacted Col Jaco Botha, who was attending the Provincial Tracker Awards in Parktown, asking him whether he could assist with the hoisting of the firefighters 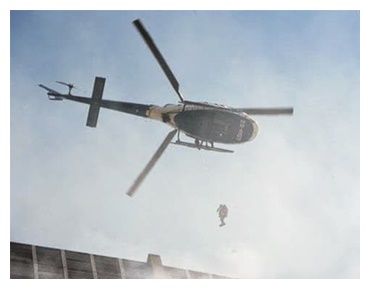 who were trapped on the roof of the burning building. Col Botha realised that too much valuable time would be lost if he were to drive back to the Air Wing’s premises and told Capt Maritz that he had to arrange for the helicopter to land at the premises where he was to pick him up so that they could assist with the rescue operation. The chopper landed 15 minutes later, and Col Botha and Capt Ramdhin swopped places. Col Botha and Capt Maritz immediately got airborne and from a distance they could see heavy black smoke filling the sky.

On arrival, Col Botha and Capt Maritz noticed two firefighters on the roof. The wind was very strong causing a lot of mechanical turbulence (wind turbulence between high-rise buildings) in the immediate vicinity.

[This is an extract of an article published in Servamus: February 2021. If you want to read the rest of this story of bravery, commitment and dedication, contact Servamus’s offices by sending an e-mail to: This email address is being protected from spambots. You need JavaScript enabled to view it.. Ed.] 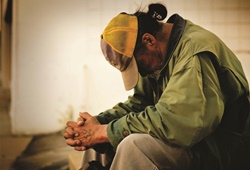 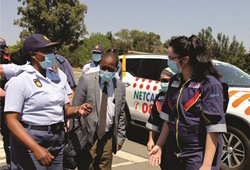 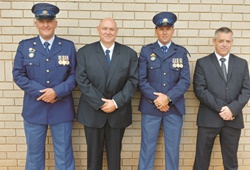