Children: some of the biggest victims of domestic violence are the smallest 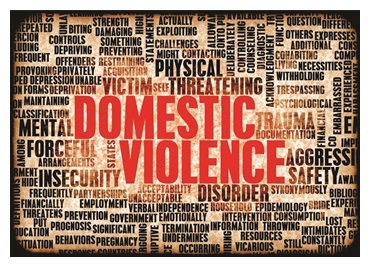 “I am John. My ‘new’ father enjoyed a couple of drinks at night and then started swearing at my mother. When I was six years old, he hit my mother with his fist. I sat in the corner of the room, closed my eyes and covered my ears. I tried not to hear anything, but the punching was quite loud. This became the norm in our house, this is what I knew and this is how we lived. I will never forget the corner of the room where I had hidden, the swearing of my ‘new’ father and the tears in my mother’s eyes.”

Historically, domestic violence has been regarded as a private issue between couples. But these days domestic violence has become a societal issue which does not only affect the couple, but also the children living with them. For too many children, home is no longer a safe haven as they are exposed to violence in the home which denies them their right to a safe and stable environment where they can grow up.

Living in a house where domestic violence is part of their daily environment can be traumatic to children who have to witness constant arguing and yelling, intimidation, threats of suicide or murder, threats involving weapons as well as assault. These children are not merely innocent bystanders, but they are victims of domestic violence. The emotions they feel and the memories imprinted in their brains can have an impact on their beliefs, the choices they make in relationships and on many other facets of life.

Although both men and women can be perpetrators and victims of domestic violence, men are the dominant perpetrators of this form of violence. We will therefore refer to men or fathers as the perpetrators in this article. 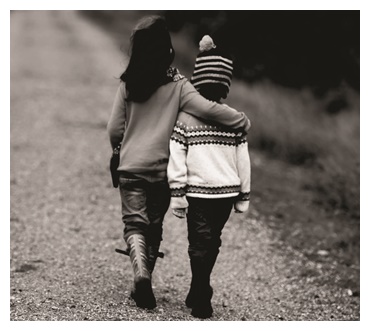 Worldwide, millions of children are victims of domestic violence which they witness at home and which has a powerful and profound impact on their lives and hopes for the future. In the absence of more recent statistics of the number of children growing up in households where domestic violence occurs, we will refer to the shocking figures which UNICEF released in 2006. According to UNICEF, this figure in the United Kingdom ranged between 240 000 and 963 000, in Germany it was estimated at one million, in Turkey the figure ranged between two and six million, and in the USA, it ranged between 339 000 and 2.7 million children. In Australia it was between 75 000 and 640 000 children who were exposed to domestic violence compared to between 500 000 and 1.3 million children in South Africa. The same UNICEF document suggests that 275 million children across the world witness domestic violence on average in a year (UNICEF, 2006). More than 15 years later, these figures might have increased significantly as the 2019/2020 national crime statistics revealed that 38 656 cases of domestic-related assaults, attempted murders and murders were registered for that financial year (SAPS, 2020). The national police statistics illustrate the extent to which children in South Africa might be exposed to domestic violence. In 2020, the World Health Organisation (WHO) noted that an estimated one billion children aged between two and 17 years, have experienced physical, sexual or emotional violence or neglect in the past year - domestic violence is one of the types of violence that the WHO lists (WHO, 2020).

Children who are exposed to domestic violence are always on guard, wondering when the next violent event will happen. They might display behavioural problems, sleeping problems, cognitive and emotional problems such as irritability, fear of being alone, problems with language development, poor concentration, aggressiveness, antisocial behaviour, anxiety, depression, violent behaviour, low frustration tolerance and eating problems (Pingley, 2017).

[This is only an extract of an article published in Servamus: June 2021. The rest of the article discusses the long-term effects on these child victims; how these children are used and abused and the importance that victims of domestic violence do not have to stay in such relationships. If you want to find out how you can read the rest of this article, send an e-mail to: This email address is being protected from spambots. You need JavaScript enabled to view it..]