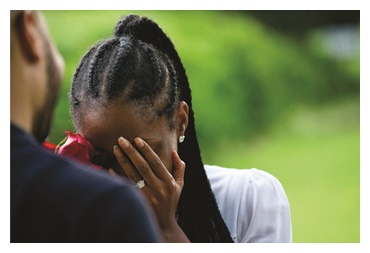 Family murder is a heartbreaking topic and one will never understand how parents can commit such acts involving their own children. When parents cannot face the world and its problems any longer, why do they also take their children with them? One of the most heartbreaking and gruesome stories of a family murder we came across was that of the Meyer family from Moorreesburg in the Western Cape.

Luhann and Teresa Meyer and their two children, 12-year-old Lurese and ten-year-old Luhann, lived in a rental house in Moorreesburg for almost two years. They became well-known among the people in Moorreesburg and Luhann (senior), who had been a teacher previously often helped the children in the neighbourhood with their homework. Lurese and Luhann (junior) were happy children who received good care. Each day Luhann (senior) waited on the veranda for the children to return from school and sometimes he went to meet them halfway back from school and carried their school bags home, where Teresa was waiting for them. They were a close, warm and loving family who clearly lived a high-quality life. The couple often flew to Gauteng for business, but no one in the community really knew what kind of business they had in Gauteng.

As the winter school holidays started on 18 June 2019, the Meyers left in their white Toyota Fortuner for an idyllic, remote cottage on the Keurbosfontein Guest Farm in the Cederberg which had no electricity or cellphone reception. They only booked the cottage for two nights, but by 28 June 2019 the owner of the farm wondered why the family left without checking out. As he could not go to the cottage himself, he asked a neighbour to check whether the family was still there. When the neighbour arrived at the cottage, the Toyota Fortuner was still standing there, but he met up with an overwhelming stench and swarms of flies. On entering the cottage, he met up with a gruesome scene. On the double bed, with a .22 rifle, of which the butt had been sawn off between them, Teresa and Luhann were lying. There was blood on Teresa's socks, but Luhann's socks were clean. In the same room on two single beds the two children were lying. All four had been shot in their heads. Teresa also had a bullet wound underneath her jaw. All four bodies were in an advanced stage of decomposition.

When the police stopped in front of the house in Moorreesburg, the neighbours suspected that there had been a burglary at the house, but as the story unfolded, they learned that the family they knew had had serious financial troubles. When the Meyer couple said that they went to Gauteng for business, they actually went to Bloemfontein where they were on trial for fraud of R46 million relating to truck financing. Along with three co-accused, they faced 74 charges of racketeering, corruption, theft and gang activities. Their legal costs had bankrupted them and they had struggled to make ends meet.

Teresa's two sons from a previous marriage were aware of the family's financial situation and had tried their best to help their mother wherever they could. According to her one son, his mother had always said that before she had to go to prison, she would commit suicide. From the letters the sons found when they packed up the family's belongings in Moorreesburg, it was clear that the family murder had been planned and that both parents were involved in its planning. But they were not sure who pulled the trigger. As Teresa had blood under her socks, it was assumed that she had drugged the children before they were shot. To determine what really happened, a reconstruction of the scene had to be done, but as it was clearly a family murder and not a conventional "crime scene", there was no need for the police to do reconstruction. Since the bodies had been in an advance stage of decomposition, they could not use the fingerprints to compare with the fingerprints found on the trigger of the .22 rifle. It was uncertain as to how this event had actually played out. The secret of who pulled the trigger went with Luhann and Teresa to the grave (Via TV, 2019 and Bergh, 2019). 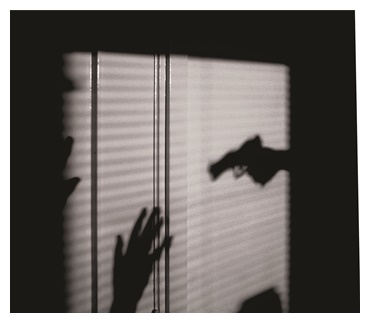 The most common type of familicide is where the spouse and one or more children are murdered. Although men are most commonly the perpetrators, there are exceptions where women are the perpetrators. Family murders where the mother is the perpetrator seem all the more shocking and one finds it hard to obtain an adequate motivation why a mother would deliberately end the lives of her own children, the children she brought into this world and nurtured for some time. However, when a mother feels the inability to give her children the lives she thinks they deserve, a mother could commit this unthinkable crime. There are also cases where children are the perpetrators of familicide.

[This is only an extract of an article published in Servamus: June 2021. The rest of the article discusses the types of familicides; the murdering of parents and siblings; and the factors contributing to family murders. If you want to find out how you can read the rest of this article, send an e-mail to: This email address is being protected from spambots. You need JavaScript enabled to view it..]