The drug dealer lurking inside your smartphone and computer 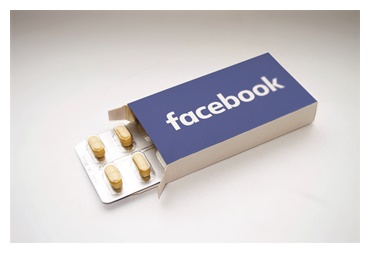 WhatsApp and Telegram have become popular tools to send messages quickly and at almost no cost. Criminals have realised that these message platforms provide them with a cheap tool to market their illicit goods to a wider audience, as long as they have their cellphone numbers. This is exactly what recently happened in Dubai where drug peddlers had sent WhatsApp messages from unknown numbers to residents across the country, offering them different types of drugs at different prices. “Once recipients show interest, GPS locations of drugs are shared with buyers after a payment has been made. Buyers then collect the drugs, which are usually buried underground, from the specified locations,” said Colonel Abdullah Matar Al Khayat, the manager of Hemaya International Centre at Dubai Police (Zakaria, 2022).

The creativity of the drug peddlers in marketing and distributing their drugs met their match when the Dubai police created a campaign to encourage the public to report any anonymous message they received via WhatsApp, promoting, selling or delivering drugs to them via GPS. During the campaign that ran between 15 July and 1 November 2021, 632 people reported the drug promoting message via the Dubai Police’s e-crime portal. This was a huge increase in the fight against drug trafficking compared to only 229 reports that were received in the preceding 13 months. The police requested the public to share screenshots of the messages they received with them on an electronic platform, whereafter the police blocked those numbers (Al Amir, 2022). The campaign resulted in the Dubai police arresting 100 drug dealers earlier this year after these drug dealers had been linked to sending these WhatsApp messages from unknown numbers (Zakaria, 2022). 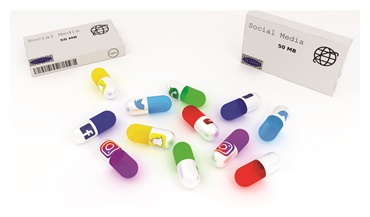 There is a general perception that the online trade in legal and illicit drugs has only gained momentum during the last decade or so as the Internet has gained popularity for finding information, doing business and shopping. It may therefore come as a surprise to read that it is believed that the first online drug transaction involving a cannabis (dagga) exchange between students at the Massachusetts Institute of Technology (MIT) and Stanford University happened during the early 1970s. This confirms that the sale of drugs via the Internet is nothing new, with web-based discussion forums relating to drug use and manufacturing being present online since the second half of the 1990s. As communication has become more powerful and encryption technology more common, illicit drugs, including prescription medicine, have also became much more accessible online (EMCDDA and Europol, 2017).

Since e-commerce has become part of our daily lives, criminals, including drug traffickers and peddlers, have been offering their goods for sale on various online platforms on both the surface web (normal Internet) and the darknet. However, the darknet is no longer necessarily the best alternative source for drug users who prefer not to buy from dealers on the streets. In 2006, the Inter-American Drug Abuse Control Commission (CICAD) warned that countries may find that domestic abusers may be turning to the normal surface web (the Internet) to obtain prescription drugs as legislation or even stricter legislation is being implemented to curb pharmaceutical abuse at conventional pharmacies. They further warned that countries may find that their territories are used as some of the nodes in the complex web of Internet-based trafficking (Matz and Sudaram, 2006).

[This is an extract of an article published in Servamus: June 2022. If you are interested in reading the rest of the article that deals with the darknet, social media, the types of drugs offered online, what is done to curb the online drug trade and dealing with online drug markets, send an e-mail to: This email address is being protected from spambots. You need JavaScript enabled to view it. to find out what you need to do to access the article. Ed.]