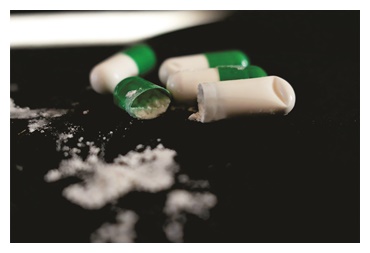 Synthetic drugs, also known as “designer drugs” or “club drugs” are chemical drugs which are manufactured in laboratories (Ohwovoriole, 2021). When the “rave” and “club” scene became popular during the 1980s and 1990s, the term “designer drugs” also became popular in a world where everything became “designer” - from “designer clothes” to “designer home décor”. Designer drugs however, have not been named after designers but are rather “designed” to have similar effects to those drugs which are considered too dangerous to be legal, such as opium and cocaine. Designer drugs were designed as to avoid legal safeguards “but regardless of promises of ‘legal’ highs, law enforcement agencies increasingly are cracking down on drugs marketed as recognised drugs” (Hartney, 2019). The production of synthetic drugs is getting increasingly sophisticated with distribution networks getting nimbler and smarter while the drugs themselves, become more harmful (Europol, nd).

Synthetic drugs mimic or strengthen the effects of naturally occurring drugs (Hazelden Betty Ford Foundation, 2020). It simulates the feeling which is experienced when illegal drugs, such as cocaine or marijuana, are used. Synthetic drugs have the same damaging effect to the drugs they mimic, but sometimes these effects can even be worse. Although some of these synthetic drugs are produced for medicinal reasons, many have no medicinal use at all but only remain available due to their psychedelic and psychoactive effects (Ohwovoriole, 2021).

Dr Elizabeth Hartney, a psychologist at the Swingle Clinic in Canada, who treats addictions among others, explained that “certain prescription medications 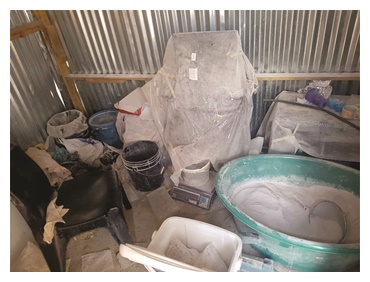 that have predictable and, in some cases, desirable effects are often included in the designer drugs category, although they are not designer drugs by the original definition. Popular designer drug medications include tranquilizers and erectile dysfunction drugs like Viagra, which is often used in conjunction with meth in the party and play sessions. Chemically similar synthetic versions of these drugs, which fit the original meaning of designer drugs, may also be used,” she said. She added that there has been an increase in designer drugs sold over the Internet, particularly synthetic versions of Viagra, marijuana and anabolic steroids in recent years (Hartney, 2019).

There is a variety of synthetic drugs available on the market and it is impossible to know every chemical that might be present in these drugs. Although synthetic cannabinoids, synthetic cathinones and synthetic opioids all contain some known ingredients, the USA Drug and Enforcement Administration (DEA) has identified nearly 300 different types of synthetic drug compounds, each with a unique chemical formula (Hazelden Betty Ford Foundation, 2020).

[This is an extract of an article published in Servamus: June 2022. If you are interested in reading the rest of the article that explains the different types of synthetic drugs and their dangers as well as the ease with which one can get these drugs, send an e-mail to: This email address is being protected from spambots. You need JavaScript enabled to view it. to find out what you need to do to access the article. Ed.]