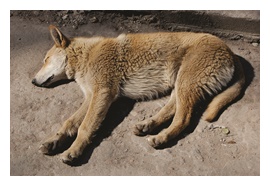 Dogs are regarded as man’s best friend and part of the family. But in South Africa with its high crime rates, dogs also form part of our security as they act as early warning systems. This has resulted in criminals poisoning dogs in an attempt to get them out of the way so that they can gain access to the dog owner’s property.

In 2019, Dr Gerhard Verdoorn, director of the Griffon Poison Information Centre, claimed that as many as 1000 dogs are poisoned in South Africa every week. During the end of July and beginning of August 2019, almost 250 dogs were poisoned in Roodepoort, Sandton, Port Elizabeth and Jeffreys Bay (Erasmus, 2019). On the night of 31 July 2019, as many as 40 dogs were poisoned in Roodepoort alone (Grobler, 2019). In a statement released by Animal Resource South Africa, it was stressed that dog poisoning is on the increase in South Africa (Grobler, 2019).

Crime and dog poisoning
Criminals are more reluctant to enter a property where the dog can alert homeowners about the presence of strangers which is why they will try to get rid of these dogs who stand between them and their bait. By poisoning the dogs, the homes are easier targets for housebreaking or theft. Dogs that sleep outside the house to protect the family typically fall victim to these unscrupulous people who will throw poisoned meat over the fence, usually in the early hours of the morning. They will then wait for an hour or two, to make sure the dogs are dead before they return to carry out a burglary or an armed robbery often attacking those inside and stealing their cash, valuables and vehicles (Pyatt, 2019). Dr Verdoorn reminded us that poison is also used during farm attacks to eliminate guard dogs (Grobler, 2019).

The type of poison used
Dr Gerhard Verdoorn indicated that the most common poison used to poison dogs remains Aldicarb (with the trade name Temik) which is a grainy black substance that looks like poppy seed and is also known as “two step”. “It’s called that because you take two steps and then you die,” he said. Aldicarb is the primary active substance used in some pesticides. Although it is banned in parts of Europe (Grobler, 2019) and can no longer legally be sold in South Africa since April 2012 (Erasmus, 2019), it is still used in Zimbabwe, from where it is smuggled into South Africa by crime syndicates (Grobler, 2019). It is easily available at informal shops and taxi ranks, where it is sold in small plastic bags. Anticoagulant Rat Poison (Carte Blanche, 2019) and insecticides such as Carbofuran and Terbufos are also commonly used. These highly toxic poisons are usually placed in viennas, Russians or mince and then fed to the dogs (Grobler, 2019).

Suffering until they die

“Death is almost guaranteed when a dog is given a high dosage of Aldicarb ... What happens is that the animal’s nervous system shuts down. It is paralysed and then suffocates to death,” Dr Verdoorn explained. He added that the poison is very potent and that almost 97% of animals poisoned die. In fact, Dr Verdoorn explained that it is so potent it would take a large dog 20 minutes to die while a smaller dog could be dead within five minutes (Grobler, 2019). Anticoagulant Rat Poison takes a bit longer to take effect but is equally lethal (Carte Blanche, 2019). Dr Larry Kraitzick from Bruma Lake Veterinary Clinic asserts that one teaspoon is enough to kill a grown rhino and 1 mg can kill a rodent. “This substance is more poisonous than arsenic,” he stressed (Kraitzick, Nd).

[This is only an extract of an article published in Servamus: March 2022. If you are interested in reading the rest of the article that informs you how to keep your dogs safe; discusses the signs and symptoms that a dog has been poisoned and gives you advice on what to do when your dog has been poisoned, send an e-mail to: This email address is being protected from spambots. You need JavaScript enabled to view it. to find out what you need to do. Ed.]