Women in law enforcement are nothing strange these days, but it was not always the case. For years it was a no-go area for South African women as it was 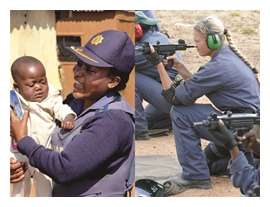 regarded as a male-dominated environment. But in the early 1970s the situation changed when the South African Police opened recruitment for women. Fifty years later female police officials are involved in almost every discipline in the police.

When the South African Police (SAP) took the decision in 1971 to recruit female police officials, many policemen were sceptical about this move. On 6 November 1971, the Commissioner of the South African Police described the role of the proposed Women’s Police Force: "Naturally, women police will be employed in specific tasks, particularly in cases where female accused and witnesses are involved, but primarily also in criminal cases where the complainants are women ... The women will receive basically the same departmental training as male members of the force, with less emphasis, however, on the military aspect" (Potgieter, 2012). When the former deputy principal of the Helpmekaar Meisieskool in Johannesburg, Miss Duveen Botha, was recruited as the head of "vrouepolisie" (women police) in 1971, there was no time to look back on this decision, and the sceptical men had to accept that women were to become part of the police. Ms Duveen Botha was appointed at the rank of lieutenant-colonel and her second in command was Maj Ansie Nel. After completing their training at the SAP Training College in Pretoria, they took charge of the Women Police Section and assisted with the selection of women who applied for enlistment.

This month, 50 years ago, on 1 March 1972, 102 white women started their five-month long basic training at the SAP Training College in Pretoria. After completing their basic training, these women did not do general police functions, such as patrols, but were mainly employed in the areas of victim support and administration. It was only in 1975 when 11 white women attended a detective course and three women attended a candidate officer's course. 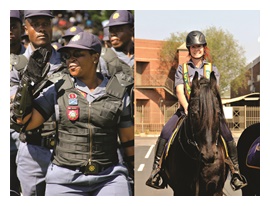 One of the first women to join the police was Elize Visser. During a brief interview, she told Servamus that she had always admired a uniform. One of her friends' father was a police official in the small Overberg town of Napier. He was always perfectly dressed and he did his job with respect and in a caring way, which made a huge impression on her. While working in nursing, she saw an advertisement about the police intending to train women in 1972. Her application was successful and she started her training. She later worked at the Women Police Section at Police Head Office under the command of Brig Duveen Botha, who, according to her, was one of the people who had the greatest influence in her life. Brig Visser said that she will always remember the recognition they got from the parents of the young women in training. "They would always thank us for what we do for their daughters," she said. Brig Visser mentioned that she had many highlights in her career and that she loved every moment as a policewoman. "After I had made my decision to join the police, I never looked back," she noted. She retired from the police in 1995 at the rank of brigadier. Her message to young women in the police is to uphold the Code of Conduct which will serve as their motivation to always give their best to the police.

[This is only an extract of an article published in Servamus: March 2022. If you are interested in reading the rest of the article highlights some of the first policewomen in the country, send an e-mail to: This email address is being protected from spambots. You need JavaScript enabled to view it. to find out what you need to do. Ed.] 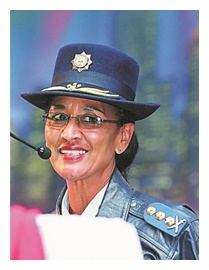 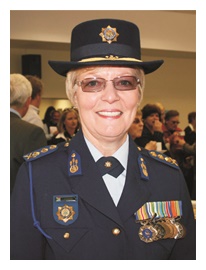