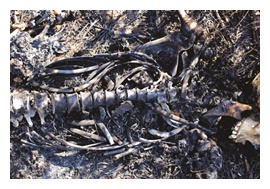 A case that comes to mind is that of the so-called Moffat Park serial murderer, Richman Makhwenkwe. Between December 2005 and October 2006, five bodies were discovered in Moffat Park, a large open veld located south of Johannesburg. One of the bodies was discovered on 30 May 2006, by a man who was collecting firewood in the veld. Unsure about whether the bones were animal or human, the man contacted the SAPS whereafter it was confirmed that the skeletal remains were indeed human. The area in which the body was found had recently been exposed to a veld fire resulting in a portion of the victim's right arm and ribs being scorched. There were also signs of insect activity on the remains. The skeletal remains had decomposed minimally and there was a minimal amount of tissue present on the bones, only saponified tissue covering the body. Long African hair covered the skull, which was, along with the mandible, intact. All dentition was present, the hyoid bone was intact and the long bones that were identified showed no signs of ante-mortem injury. Scorched remains of the right arm, hand, thoracic ribs and ilium were also present. The pathologist estimated that the remains were those of a black female, aged between 16 and 20 years with an estimated height of 1.65 to 1.68 m. The cause of death could not be ascertained due to the advanced stage of decomposition of the remains while the estimated post-mortem interval was three months to one year. The remains were sent to the anthropologists at the Department of Anatomy at the University of Pretoria for anthropological examination and an attempt to determine the identity. The anthropologist established a similar demographic profile to the pathologist after analysis and also found a perimortem fracture to the right tibia which probably occurred at the time of the young female's death. Personal items such as a red school blazer and a key found in the blazer pocket were used as leading factors in the efforts to identify the young victim as the 16-year-old teenager who had been missing since 3 March 2006, 88 days before her body was found. A few months later, Richman Gcnumuzi Makhwenkwe was arrested and on 15 November 2006 he confessed to the murders. On 12 March 2008, he was found guilty and sentenced to five life sentences (Holland, 2015).

There are, however, cases where the remains are skeletonised which makes the determination of the identity of the victim more difficult. This was the case when the remains 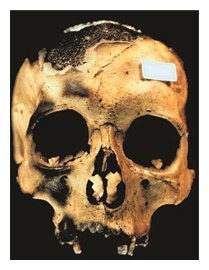 of the victims of Sipho Thwala, the Phoenix Strangler, were found in the sugarcane fields of Mount Edgecombe, near Phoenix in KwaZulu-Natal. The cane fields are home to cane rats and poisonous snakes which is why workers burn the cane before harvesting time to scare away these beasts. Unbeknown to them, they burned the decomposed/skeletonised bodies which Sipho Twala had dumped in these fields to such an extent that the identification of the victims was almost impossible. Thwala had started his year-long rape and murder spree in 1996. His modus operandi was to lure local women into accompanying him through the sugarcane fields of Mount Edgecombe with the promise of employment as domestic workers in hotels. Once they were deep within the cane fields, Thwala would attack the women, tie them by using their own undergarments and then rape, strangle and bludgeon them to death. As the bodies of many of his victims were burned beyond recognition, it posed a big problem to the police investigation. The police realised that the suspect was brutal, but clever, and that he knew that the fields where he left the bodies were burned regularly, which would make it tough for the police to catch him. The investigating officer could establish that it was the work of one man and that all the victims were strangled by means of ligatures and that cloths were placed in the victims' mouths. Putting names to these bodies seemed almost impossible for the investigating team which is where forensic anthropology played a role in an attempt to identify the victims. When a body was eventually discovered that had not yet been burned, the DNA found on the victim matched Thwala's DNA that was collected in 1994 when he was arrested again and acquitted of rape. In 1997 he was arrested and on 31 March 1999 he was convicted on 16 charges of murder, one charge of attempted murder, three charges of rape and seven charges of indecent assault (now sexual assault). He was sentenced to 506 years' incarceration (www.dailymotion.com/video/x2gwb4f).

[This is only an extract of an article published in Servamus: September 2020. The role of a forensic anthropologist is often underrated, but this article highlights what important role this important form of science plays in criminology. If you are interested in reading the rest of the article, send an e-mail to: This email address is being protected from spambots. You need JavaScript enabled to view it. or contact Servamus’s office at tel: (012) 345 4660/41. Ed.] 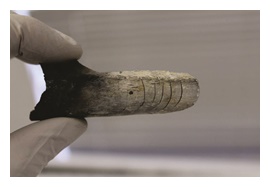