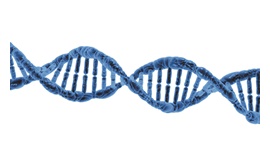 When Sinja Robin Mabitsela and Josias Xaniseka Mkansi (also known as the Alexandra Balaclava serial rapists) started their raping spree, they did not realise that their DNA would be their downfall. Over a period of eight years, which stretched from 2007 to 2015, they terrorised the community of Alexandra on the East Rand of Gauteng.

They attacked couples in a park close to the Alexandra cemetery where they would rob their victims of their cellphones and order the man to have sex with the woman. Afterwards the two rapists would take turns to rape the woman. In cases where the men resisted, they were simply murdered. The Serial Investigation Section at the Family Violence, Child Protection and Sexual Offences (FCS) Unit in Gauteng received forensic DNA investigative leads linking crime scenes and more than 50 rape dockets with the same modus operandi for investigation. During 2015 the FCS Unit arrested two rapist murderers. Buccal samples were collected from Mabitsela and Mkansi and submitted for forensic DNA analysis at the Forensic Science Laboratory. A subsequent comparison search on the National Forensic DNA Database by the Section: Forensic Database Management linked the two suspects to a number of rape cases. In March 2017, Sija Mabitsela handed in a plea agreement and was found guilty on 53 charges which included rape and robbery. In November 2017, he was sentenced to 32 life sentences on 23 counts of rape, six counts of compelled rape, 18 counts of armed robbery, three counts of sexual assault, two counts of kidnapping and one count of assault with intent to cause grievous bodily harm. He was also sentenced to an additional 275 years' incarceration for kidnapping and robbery with aggravated circumstances. In October 2017, Josias Mkansi was sentenced to 14 life sentences after he was found guilty on multiple rape charges as well as an additional 185 years' incarceration for aggravated assault and an additional two ten-year sentences for compelled rape.

There are many other serial rapists who, like Sinja Robin Mabitsela and Josias Xaniseka Mkansi, create fear in communities. When the national crime statistics for 2018/2019 were released in September 2019, it became evident that there was a significant increase in rape for the said financial year. The 2018/2019 figure increased to 41 583 from 40 035 for the 2017/2018 financial year. These horrendous statistics make one wonder how many of these reported crimes are committed by serial rapists. In 2006 researchers reported that 16% of young South African men living in rural areas either were involved in raping a non- partner or participating in a gang rape. Of this 16%, more than one third had raped two or more different victims (Jewkes et al, 2006). Even though these statistics are quite old, one needs to ask whether a substantial number of serial rapists are at work in South Africa at any given time, when the increase in rape cases is taken into consideration.

DNA has proven to be one of the most effective investigating tools available to law enforcement to secure the conviction of serial rapists. The Criminal Law (Forensic 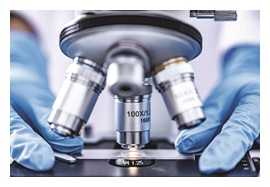 [This is only an extract of an article published in Servamus: September 2020. The rest of the article deals with the value of DNA profiling, how the different indices work, what the DNA process entails and we give various examples of how DNA has contributed to the conviction of criminals. If you are interested in reading the comprehensive article, send an e-mail to: This email address is being protected from spambots. You need JavaScript enabled to view it. or contact Servamus’s office at tel: (012) 345 4660/41. Ed.]