The COVID-19 pandemic did not stop hooligans: Vandalism of infrastructure 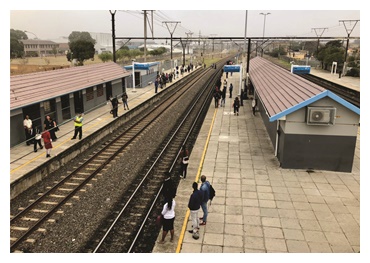 Photos courtesy of Tariro Washinyira; Zoë Postman from GroudUp and a PRASA employee

A lack of employment and job opportunities is often considered to be an important reason for criminal behaviour. Although there was a general decrease in many crime types during the COVID-19 lockdown, infrastructure across the country suffered dearly. Infrastructure vandalism for profit impacts many sectors, including telecommunications, electricity, education and the transport sector. Although it is not a new crime trend, it became more prevalent than before.

It has always been shocking and mind-boggling how people vandalise state and private property when they are unhappy about something or in times of crises. For the past couple of decades, we have seen how communities have torched trains when trains run late due to cable theft, how they burn clinics due to a lack of service delivery by municipalities or how they vandalised schools and stole equipment which they could sell to buy alcohol, drugs and sometimes food. By engaging in this criminal behaviour, they destroy their own future and those of generations to come.

After the national COVID-19 lockdown had been instated at midnight on 26 March 2020, opportunistic criminals started to target train stations and railway infrastructure, which were left non-operational during the lockdown. Schools and other infrastructure around the country did not escape these selfish criminal acts either. Criminals used this period of the lockdown as a cover to break the law at a time when our law enforcement agencies were occupied with supporting the national effort to contain the pandemic. While the majority of South Africans continued to respect the lockdown rules and the rights of others, criminals exploited this crisis to their own sinister ends. Although various forms of infrastructure, including cellphone towers, Eskom property and municipal property were hard hit by criminals during the COVID-19 lockdown, we will mainly focus on the railway environment and the educational system in this article.

VANDALISM IN THE RAILWAY ENVIRONMENT 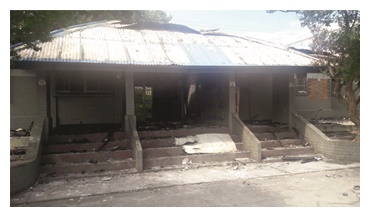 The mining of the country's rail infrastructure has been a problem for years. In a parliamentary response to a question posed by the DA in July 2020, it was revealed that over the past three years a total of 1833 incidents of vandalism had occurred at train stations in Gauteng with a replacement cost in excess of R2 billion (Simelane, 2020). During 2019, PRASA lost R364 million as a result of the looting of its infrastructure and burning of trains along 22 000 km of tracks targeted by criminals (Koko, 2020).

As the lockdown started and the railway environment became non-operational and had no security personnel around, criminals escalated their efforts. Along many lines, they stripped almost everything within this environment and walked away with every piece of steel or copper they could carry. Criminals ripped up platforms with pick-axes to gain access to the electric cable that runs beneath it, stripped ticket offices, stole roofing sheets and walked away with drain covers (Carte Blanche, 2020). Distribution boxes at many stations were torn and disembowelled of their copper cables. In some cases, the boxes were torched (Simelane, 2020). The "mining" of the railway system happened in broad daylight and these criminals were not afraid to carry away expensive parts of equipment in full view of the public (Carte Blanche, 2020).

By September 2020, overhead cables had gone missing on several train routes in Gauteng. It was cut "very close to the bone" as perpetrators ensured that they got away with every possible millimetre of cable. Underground cables were not spared. Kilometres of copper cable next to the railway lines were dug up and stolen. All what was left, were the casings which covered the copper. During the lockdown, approximately 60 km of cable was stolen on the once busy 35 km railway line between Johannesburg's Park station and Randfontein (Borroughs, 2020). A concerned citizen who witnessed how valuable infrastructure was tampered with during the lockdown, particularly on the eastern corridor in Gauteng, said: "… if you look at these overhead lines, they're missing, they disappeared. In January, all these lines were still here ... One of the guys was busy cutting the cables, stealing the copper, when somebody told him to 'not do this', he replied: ‘Mind your own business, this is my business’” (Ntshidi, 2020). Looters cashing in on the railway lines said they regarded this as an easy way to make money as cables were lucrative assets for alleged unscrupulous warehouses and scrap yards, which pay top dollar for the metal (Koko, 2020) 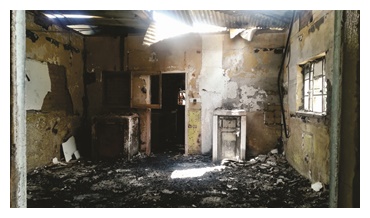 One of the train stations that was vandalised is Kliptown - a station where crime was rife, irrespective of whether security officers were present. The general community and thieves have unlimited access to the Kliptown station because the palisade fencing has been stolen. For years, the entire Kliptown informal settlement community was connected to the rail power supply. The Daily Maverick reported that during the lockdown period, cables were dug up, while lights, distribution boxes, taps, guard rails, steel benches, doors and window frames went missing. The entire roofing structure was removed in some buildings. It looked like a volcano had erupted recently.

[This is only an extract of an article published in Servamus: January 2021. If you are interested in reading the rest of the article that explains that vandalism is expensive, that security was nowhere to be seen, how to possibly deal with this problem as well as vandalism in the educational environment, please contact Servamus’s offices. Tel: (012) 345 4622 or send an e-mail to: This email address is being protected from spambots. You need JavaScript enabled to view it.. Ed.]