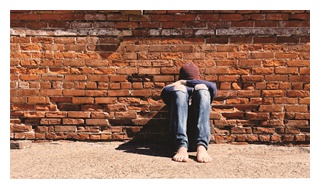 In April 2021, a video showing a Grade 10 learner being bullied in full view of her peers at a secondary school in Limpopo, went viral on social media. The bullied learner, who is believed to be 15-years-old, has since passed away after she reportedly took her own life after the incident. The Department of Education cautioned about sharing such videos and advised that such incidents should rather be reported to the school, police or social workers for a speedy intervention.

As a first step to prevent and address this phenomenon, parents should acquaint themselves with the relevant legislation regarding bullying in schools. An article written by Annelie Laas and Trynie Boezaart entitled “The legislative framework regarding bullying in South African schools” provides comprehensive and valuable insight (Laas and Boezaart (2014). The legislation clearly classifies bullying as unconstitutional and an infringement of human rights.

The South African Schools Act 84 of 1996 provides the basis for a legal structure in schools to prevent and address bullying. Section 8(1) of this Act stipulates that a governing body of a public school must adopt a code of conduct for learners after consultation with the learners, parents and educators of the school. Section 8(2) provides the basic guidelines along which the School Governing Body (SGB) must conduct its deliberations with the other parties: “A code of conduct referred to in subsection (1) must be aimed at establishing a disciplined and purposeful school environment, dedicated to the improvement and maintenance of the quality of the learning process.” Adoption also implies and means approval. Once the SGB has approved the code of conduct by means of a minute, it becomes an extension of the law. Obedience to school rules is then compulsory for all learners.

By including parents in the process of drawing up the code of conduct, one provides them with an opportunity to make an input on any matter pertaining to the well-being of learners at school. They can develop a variety of short- and long-term strategies to address and prevent bullying effectively and it can be linked to the code of conduct. In this way learners must be made aware of the fact that bullying does nobody any good as it is harmful, evil and iniquitous. Bullies must get the message that their behaviour will have serious consequences and there must be visible evidence and examples of bullies bearing the consequences of their bullying behaviour.

It is very important that parents have a clear understanding of the nature of bullying. The act of bullying in the school context is not only an act of assault by one, usually physically intimidating, learner on another, often a smaller/vulnerable learner. It is far more complex and varied. 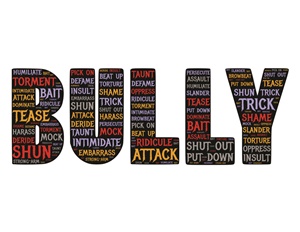 Bullying is generally defined as an ongoing and deliberate misuse of power in relationships through repeated verbal, physical, and/or social behaviour that intends to cause physical, social and/or psychological harm. It is the abuse of power by an individual or group over one or more persons who feel unable to stop it from happening.

When, in terms of the definition, a parent is convinced that his or her child is bullied and there is prima facie evidence thereof, action must be taken. The parent can proceed with action even where strategies are not in place on the strength of the following: The Provincial Gazette Extraordinary dated 15 December 2011 of the Province of the Western Cape outlines regulations relating to disciplining, suspending and expulsion of learners at public schools in the Western Cape. Section 3(1)(b) of this Gazette states: “A learner at a school who commits an act of bullying, assault, theft, arson or malicious damage to property may be guilty of serious misconduct.”

[This is only an extract of an article published in Servamus: May 2021. If you are interested reading the rest of this article where we provide practical tips on measures that parents can take, send an e-mail to: This email address is being protected from spambots. You need JavaScript enabled to view it..]