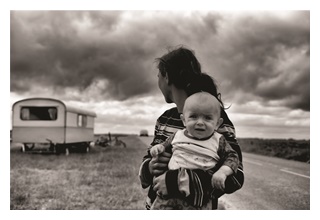 This tweet left me with much to think about:
“So my 8 year old met the guy in my life for the first time and he asked him for permission to call him dad.

What broke my heart is the way he started the conversation. ‘Do you know that I don’t have a dad? The one I USED to have disappeared.”

Another mother echoed this tweet:
“My 4 yr old asked me ‘Mama why does my dad hate me?’, ‘Why doesn’t he love me?’, ‘When will he take me to school?’ How does one answer those types of questions?”

These two tweets, which embody the realities for many single
mothers and their children, were answered with the following tweet: “Kids really love to have daddies in their lives.”

In 2018, Statistics SA revealed that 76% of children younger than 18 years lived with their biological mothers, while 36.4% of children lived with their biological fathers (StatsSA, 2021). When such a large percentage of children do not have the privilege of having both parents to help, teach and guide them into adulthood, what impact does that have on these children’s lives? Should other men in society such as teachers, or in their families such as an uncle or a grandfather play a more significant role in these children’s lives? Or, should the community and the law put more pressure on the absent parent to fulfil their parental role in their children’s lives?

The role of fathers in their children’s lives 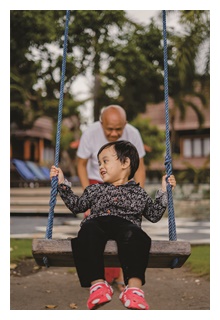 Each parent plays a significant role in their children's lives - a role that impacts on their children and which help to shape them into the person they eventually become. The American Pediatrics Association of Franklin (Nd) informs us that children look to their father to not only lay down rules, but also enforce them, while they simultaneously look to their fathers to provide a feeling of security on both a physical and emotional level. Where fathers are affectionate and supportive, it has a positive impact on their children's cognitive and social well-being, while it also instils an overall sense of well-being and self-confidence. An important factor which this Association highlights is that, while girls are likely to model their relationships with others based on their father's character, boys will model themselves after their father's character. If for example a boy gets from his father to be caring and treat others with respect, the young boy is likely to grow up to do the same (Pediatrics Associates of Franklin, Nd).

Julian Jansen, a well-known South African journalist and the author of Seuns sonder pa's (English: Boys without fathers) reminds us that a father is supposed to be his daughter's "first love" and his son's "first hero".

Children who have fathers who are involved in their lives, are also more likely to enjoy school because they have a better attitude towards school, participate in extracurricular activities and complete their school career (Allen and Daly, 2002). But, if a father is absent, young boys will look to other men to find and "set the rules" on how they are to behave and survive in this world (Pediatrics Associates of Franklin, Nd). This is often the reason why boys join gangs where they are accepted (Jansen, 2021), have a sense of belonging for protection and a sense of identity (Childnet International, Nd). In an article published by the Minnesota Psychological Association, Jerrod Brown (Nd) confirms that a high percentage of gang members come from homes where their fathers are absent most possibly due to a need for a sense of belonging, which is an important element for all individuals. Gangs provide youngsters with a sense of community and acceptance, while the gang leader may fill the role of a father, even though he will lead his members to model their behaviour on him. Having a father, or at least a significant father figure and positive role-model in the child's life will greatly reduce the likelihood of a child joining a gang.

[This is only an extract of an article published in Servamus: May 2021. If you are interested reading the rest of this article where send an e-mail to: This email address is being protected from spambots. You need JavaScript enabled to view it..]