Animals as victims of sexual abuse

Article and photo provided by the National Council of SPCAs 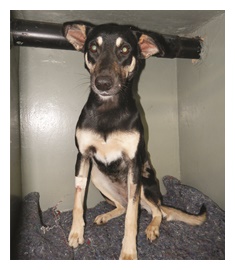 Whether you want to believe it or not: organised crime targeting animals exists! The first example that comes to mind is syndicated dogfighting, while other covert offences of cruelty against animals include sexual abuse. These offences do not necessarily happen in the open which is why there is a need for a specialised unit to research, investigate and combat crimes of this nature.

The Special Investigations Unit (SIU) of the National Council of SPCAs (NSPCA) is a team of qualified individuals who specialise in investigating crimes relating to animal fighting, animal sexual abuse cases and premeditated animal cruelty. The Unit's breakthroughs and successes, especially with regard to dogfighting and the sexual abuse of animals, have led to the rescue, veterinary treatment and rehabilitation of many animals, periods of incarceration, or both.

Bestiality is considered to be a paraphilia disorder. Paraphilia is described as the "abnormal love" or sexual deviation marked by abnormal fantasies, feelings and behaviours that lead to sexual arousal. We refer to a paraphilia disorder when these behaviours typically involve non-human objects, children or other non-consenting persons and may require the suffering or humiliation of the subject in order to attain sexual gratification. Zoophilia is the term which is used when the paraphilia involves an animal as the sexual object. The act or fantasy of engaging in sexual activity with animals is repeatedly preferred or the exclusive method of achieving sexual excitement and gratification.

Why should we be concerned? 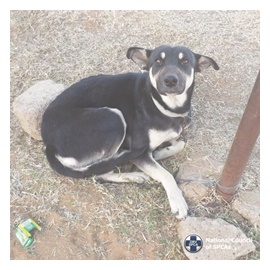 Individuals convicted of sexual offences with animals have been identified to be the most indiscriminate and deviant sexual offenders, showing the highest degree of cross-over rate for deviant sexual offending. Sexual abuse of animals has also been recognised as one of the early warning signs of psychological dysfunction and mental disorders, including conduct disorder in children and adolescents, and antisocial personality disorder in adults.
Studies show that bestiality is associated with other psychological disorders that include heightened aggressive behaviour towards humans and is found most commonly among violent offenders and sexual offenders. Individuals who sexually abuse animals have the potential to become more extreme over time. A large percentage of bestiality perpetrators report that they find this act attractive as there is no need for interpersonal interaction or negotiation.
There is a higher rate or likelihood that perpetrators of bestiality (especially when perpetrators are children) have been victims of abuse or neglect themselves.

[This is an extract of an article published in Servamus: May 2022. If you are interested in reading the rest of this shocking article where we share valuable information about why bestiality occurs, the signs and give practical tips for veterinarians and investigating officers, send an e-mail to: This email address is being protected from spambots. You need JavaScript enabled to view it. to find out what you need to do. Ed.]