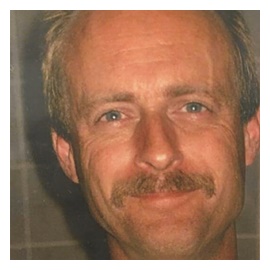 Victims of crime is such an important topic that we have decided to dedicate two consecutive issues of Servamus to this theme. While writing an article about secondary victimisation of crime victims during the parole process, a family's fight to keep their loved one's murderers behind bars, hit me in the gut. This is the story of Roxanne van Eck whose policeman father, Leslie Cilliers, was gunned down cold-bloodedly in 2003.

Leslie Cilliers was born on 7 December 1964. After he completed his school career, he immediately joined the police and after he met Thyra, a policewoman, the two got married. Roxanne was born soon after and the three formed a happy family. Leslie had a unique kind of humour and although he was not the loudest person in the crowd, he was everyone’s best friend.

Leslie was stationed at Table View Police Station in Cape Town and was well-loved not only due to his personality but also due to his involvement in many community projects. Children were close to his heart. In Dunoon, an informal settlement close to Table View, many children had no place to go, which was why he became involved in setting up a small crèche in the area. Leslie’s commitment to his job, was confirmed by a victim of robbery who recalled that Insp (his rank at the time) Cilliers had responded to the crime. Afterwards, he checked in with this widow and her child to see how they were doing and made sure that they went for counselling. During his 21 years in the SAPS, this noble policeman had touched many lives and made a great impact.

Being married to a member of the police comes with its own stresses and sacrifices and police families know all too well the dangers associated with police work. The Cilliers family was no exception and was particularly concerned when Leslie worked night shifts. Little did they know that Leslie’s life was to be cut short in broad daylight. 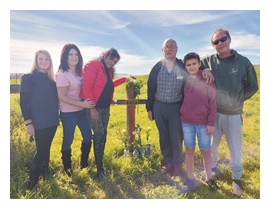 On the morning of 23 July 2003, 38-year-old Insp Leslie Cilliers dressed as usual to report for his day shift. While members of Table View Police Station held an early morning raid in a nearby informal settlement, eight robbers robbed the Standard Bank in Atlantis, almost 40 km from Table View. It was approximately 10:00 when Atlantis SAPS sent out a call about the robbery in their area and that the perpetrators had fled on the N7 highway in the direction of Cape Town. The police knew that the robbers had to leave the N7 somewhere and thought that one of the most likely places would be the Durbanville off-ramp. At the time, that off-ramp would have taken them back to Potsdam Road and into Dunoon. Leslie and his partner were some of the first police vehicles to respond to the call to set up a roadblock on Contermanskloof Road, a road that twists between the wine farms of Durbanville. As Leslie and his partner got closer to the spot where they would begin their lookout, a vehicle, matching the description of the one that was broadcast ear-lier that morning, appeared over the hill. When Leslie and his partner arrived, another police member had already pulled over the suspects' Toyota Condor. With eight suspects in the vehicle, the three police members must have realised that they would be totally outnumbered. However, as the first police member was already at the side of the suspect’s vehicle, Leslie, coming from the front of the Condor where they parked the police vehicle, moved towards the passenger side of the Condor. The police then requested the men to step out of the Condor. It is unclear as to what exactly happened next: the one version is that the suspects stepped out of the vehicle and that the last man to do so shot Insp Leslie Cilliers with his AK-47. The other version is that none of the eight suspects stepped out of the vehicle but that one of the robbers, who was lying on the floor armed with the AK-47, then pulled the trigger as the vehicle's door opened, fatally injuring Leslie. Both Leslie's female partner as well as the first police member returned fire.

[This is an extract of an article published in Servamus: May 2022. If you are interested in reading the rest of this heart-wrenching article that discusses how the family was informed about Leslie’s murder; the arrests and trial; the family’s fight against early parole and their petition and letter to the President, send an e-mail to: This email address is being protected from spambots. You need JavaScript enabled to view it. to find out what you need to do. Ed.]