Early parole and its impact on victims 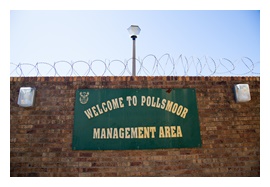 In February 2021, the family of Leslie Cilliers, a police member who died in a hail of bullets while apprehending a group of robbers in July 2003, was informed that one of the men convicted for Leslie’s murder, had become eligible for an early parole consideration after serving only 18 years of his life sentence. In recent months, it was also revealed that Oscar Pistorius may become eligible for parole after serving half of his sentence. While in March 2022 the so-called sword murderer, Morné Harmse was released on parole after serving 13 years of his 20-year sentence. When a convicted person is released on parole, the crime victims are revictimised and let’s be honest, the release of such individuals can endanger communities.

When Roxanne van Eck was contacted by the Department of Correctional Services (DCS) to inform her that one of those convicted for her father, Leslie Cilliers’s murder, was eligible for parole after serving 18 years of his sentences, the family was devastated. In an interview with Judge Dennis Davis, the presenter of Judge for Yourself on eNCA, she said: “When you hear about a life sentence, one thinks they will be locked up forever and the keys will be thrown away and you do not have to worry that they will roam the streets again.” Roxanne said they did not realise that the sentences run concurrently, and that they were under the impression that the convicted men would remain behind bars for a minimum of 25 years. According to her, inmates do not even have to apply for parole, it is part of the process when they meet the criteria for parole. 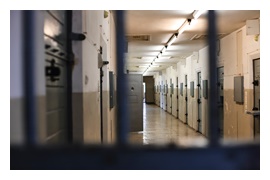 Section 73(4) of the Correctional Services Act 111 of 1998 provides for inmates to be “placed under correctional supervision or on day parole or on parole before the expiration of his or her term of imprisonment”. Such an early release will be subject to conditions of community corrections as set out by either the parole board or a court. The objectives of setting such conditions according to section 50 of the Correctional Services Act 111 of 1998 “are to enable persons subject to community corrections to lead a socially responsible and crime-free life during the period of their sentence and in future”. In an article published on their website, Joubert Scholtz Attorneys explains that for the purposes of a parole discussion, inmates with determined sentences can be divided into two groups. In the one group there are those who have been sentenced for a determinate period where the court has stipulated that a certain part of the sentence will be a non-parole period. For example, when a person is sentenced to 15 years’ incarceration he or she may only qualify for parole after having served five years of the incarceration period. The other group are those where no non-parole period has been stipulated. Section 73(6)(a) of the Correctional Services Act 111 of 1998 states that these inmates may only be considered for parole after having served at least half of the sentence imposed by the court. It must be noted that as from 1 March 2012, offenders sentenced in terms of section 51 and 52 of the Criminal Law Amendment Act 105 of 1997, can be conditionally released after completion of half of their sentence. It is also important to keep in mind that any inmate who has served 25 years’ incarceration must be considered for parole, regardless of how long the sentence period is (Joubert Scholtz Attorneys, 2019).

[This is an extract of an article published in Servamus: May 2022. If you are interested in reading the rest of this article that discusses whether early parole is in the best interests of the victims; how frustrating early parole is to victims’ families and the reality that early parole can put dangerous criminals back on the streets, send an e-mail to: This email address is being protected from spambots. You need JavaScript enabled to view it. to find out what you need to do. Ed.]