The science and art of a criminal investigation 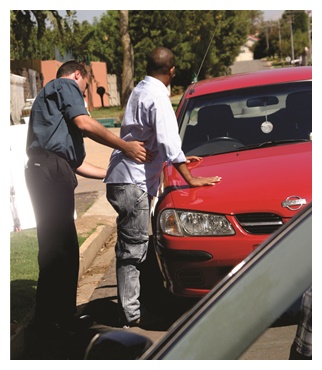 When a crime is committed, it is expected that the police will be able to solve the crime. Sadly, more than half of serious crimes in South Africa remain unsolved. According to the SAPS’s Annual Report for the 2019/2020 financial year, only 36.17% of suspects (751 720 from a total of 2 078 225) were detected in serious crimes such as murder, attempted murder and rape (SAPS, 2020). (Refer to article about Cold Cases published in Servamus: September 2021.) It is for this reason that the proper investigation of crime is of utmost importance to ensure that justice is served for every victim of crime.

Devilsdorp, a four-part true crime documentary television series that was broadcast on Showmax and which focused on the gruesome Krugersdorp murders (refer to the Crime Series published in Servamus: July to September 2020), has grabbed the attention of many South Africans. With this in mind, Servamus decided to speak to the investigating officer of this case, D/Capt (ret) Ben Booysen, who told us more about the investigation of crime in general, the way he handled investigations and the mistakes that are often made during investigations.

The investigation of crime always starts the moment when the police respond to the crime scene which is why crime scene management is of utmost importance. D/Capt Booysen made it clear that the only people an investigating officer must allow on the crime scene are members of the Local Criminal Record Centre (LCRC) and forensic experts (and the emergency medical services, if applicable). “A crime scene is not the place for curious police members or police management who have no contribution to make to the solving of the crime, to hang out,” he said. (Refer to the article about Crime Scene Management published in Servamus: August 2021.)

Police investigations can be dynamic and the way events unfold and evidence is discovered can be unpredictable. Every crime scene is unique and will be dealt with in a different way. The investigation of crime cannot proceed in a random way as crime must be investigated in a scientific, planned, organised and structured way. The investigation must be conducted within the parameters of the law to be admissible as evidence in court. The primary aim of an investigation is to identify perpetrators, track them down, arrest them and bring them before a court of law (Lochner, Horne and Zinn, 2020). In other words, the investigation of a crime is the systematic seeking of the truth.

Dealing with witnesses on the crime scene 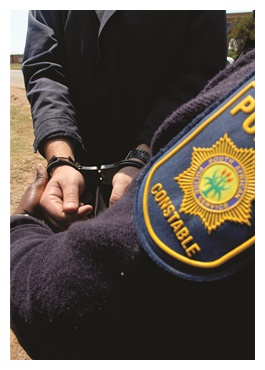 D/Capt Booysen informed us that when he arrived at a crime scene, he separated the witnesses and instructed them not to speak to one another until he had taken down their statements (see more on statement-taking from p12). This is to prevent that they tell each other’s stories when their statements are taken. Every person witnesses something in a different way and the investigating officer only wants to know what the specific witness had seen and not what another witness had seen. When their statements are taken after they had spoken to one another, these might be similar. The problem is that when they are questioned by the defence in court then it can become clear that these witnesses had been lying about what they had really seen. Once the witnesses are separated at the crime scene, another police member can be requested to take down their details.

The investigating officer at the crime scene
The investigating officer must ensure that vital information is collected at a crime scene to ensure the identification and arrest of perpetrators based on reasonable grounds. D/Capt Booysen said that once all the witnesses have been removed from the crime scene, he will look at the crime scene and try to reconstruct the scene in his mind. He will try to figure out how the perpetrator entered the crime scene and what could have led to the crime. Using his cellphone, he will take a wider-angle photograph of the scene and then a close-up photograph of the scene before zooming in on injuries of the deceased as well as other possible evidence such as spent cartridges, pieces of paper, cigarette butts, chewing gum, traces of blood, hair, glasses and bottles.

[This is only an extract of an article published in Servamus: November 2021. If you are interested in reading the rest of the article, send an e-mail to: This email address is being protected from spambots. You need JavaScript enabled to view it. to find out what you need to do. Other issues that are discussed in this article deal with identifying suspects, gaining the trust of victims and witnesses, interviewing, statement-taking, ID parades, working with other role-players, communication with witnesses/victims and post-mortem attendance. Ed.]