Dealing with the mental state of accused persons 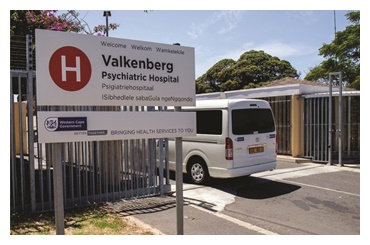 During court cases we often hear that an accused person has been sent for evaluation or observation to determine whether he or she is fit to stand trial. This is what happened in the various criminal trials of Oscar Pistorius, Joseph Ntshongwana, Diego Novella, Morné Harmse, Povlsen and many others. Although the accused in all the mentioned cases were found fit to stand trial, the outcome of the evaluation was different for many other accused persons.

When a person is charged with committing a crime, South African courts can request an evaluation, which is conducted by psychiatrists and clinical psychologists, about the mental state of the perpetrator. This is done to determine whether the perpetrator has any mental problem that could interfere with his or her ability to participate in court proceedings. We usually refer to this as “fitness to stand trial” or “competency to stand trial” (Du Plessis, Du Plessis, Nel, Oosthuizen, Van der Merwe, Zwiegers and Joubert, 2017).

In his book, The Profiler Diaries, Dr Gérard Labuschagne explains that the court will ask a psychiatric institution to answer one or both of two questions. The first is to determine whether any mental illness might have robbed the accused of the ability to determine right from wrong and act in accordance with that determination at the time of the incident. The second is to determine whether the person understands court proceedings and will be able to contribute to their defence (Labuschagne, 2021). In the murder trial of Joseph Ntshongwana (refer to this month’s Crime Series published from p46), the observation team, consisting of three psychiatrists and a clinical psychologist at the Fort Napier Psychiatric Hospital in Pietermaritzburg, was asked to answer both questions. Although Ntshongwana was diagnosed with schizo-affective disorder, bipolar type, the accused was found fit to stand trial (Labuschagne, 2021).

This type of enquiry can be initiated by the prosecution, the defence or the court of its own accord at any stage during the trial. As the court usually relies on medical evidence, they must be convinced that the accused lacks the capacity to appreciate the nature of the trial proceedings or to conduct a proper defence (Swanepoel, 2015).

Chapter 13 (sections 77 to 79) of the Criminal Procedure Act 51 of 1977 (the CPA) provides for referring an accused for forensic psychiatric observation to determine whether or not this individual has a mental illness or defect and to determine the accused's criminal responsibility and competence to stand trial (Marais and Subramaney, 2015).

The Criminal Procedure Amendment Act 4 of 2017, which came into operation on 29 June 2017, amended sections 77 to 79 of the CPA. Although we are not going to discuss the Criminal Procedure Amendment Act 4 of 2017 in detail in this article, it is important to mention that section 77 refers to the capacity of the accused to understand court proceedings. The aim of amending section 77 is to provide the courts with a wider range of options regarding orders to be issued where an accused is found incapable of understanding criminal proceedings. The Amendment Act was the result of the Constitutional Court’s ruling in De Vos NO v Minister of Justice and Constitutional Development 2015 (2) SACR 217 (CC). The court found that such limited orders deprive the court of its discretion to craft an order that is suitable for the particular unfit accused. Ruling on the constitutionality of detaining an unfit accused in a correctional centre or a psychiatric institution, it was found that some provisions of section 77 that facilitate such detention were unconstitutional.

[This is only an extract of an article published in Servamus: November 2021. If you are interested in reading the rest of the article, send an e-mail to: This email address is being protected from spambots. You need JavaScript enabled to view it. to find out what you need to do. Other issues that are highlighted in the article include a further discussion about the applicable legislation, forensic psychiatry and its challenges, and what happens if an accused person is found unfit to stand trial. Ed.]