The Internet has opened up massive communication and business opportunities to billions of people across the globe. The expansion of Internet access has also resulted in a subsequent growth of online markets. This means that the Internet is the world’s biggest marketplace which is open for business 24/7, has no boundaries, is largely unregulated, is free and mostly anonymous (IFAW, 2014). This provides easy opportunities for any criminal activity including the multibillion-dollar illegal wildlife trade which is gaining ground on the Internet.

Since the Internet has become a global bazaar, E-commerce and social media platforms provide new and easier routes to advertise illegal wildlife and its products. Organised criminal groups are increasingly using these online platforms to facilitate the transnational trafficking of wildlife products (UNODC, 2020). A wide range of species are targeted for their products including ivory, rhino products, tiger products and even live exotic animals such as the African grey parrot and blue and yellow macaws (Ebersole, 2020) are advertised openly on a variety of websites on the open web (websites daily used by people) and social media platforms.

The number of online advertisements of illegal wildlife products has increased exponentially over the years. An investigation by the International Fund for Animal Welfare (IFAW) over a six-week period early in 2014, found that the trade in endangered wildlife took place on 280 online marketplaces in 16 countries. It was further found that a total of 33 006 endangered wildlife and wildlife parts and products from species listed on CITES Appendix I and II were available for sale in 9482 advertisements. Of these, 54% were for live animals while 4% were for animal parts and products (IFAW, 2014).

Online platforms join the fight against the illegal wildlife trade 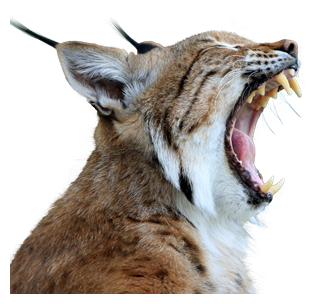 During a 2007 investigation conducted by the IFAW, 400 elephant ivory items were identified on the eBay platform in the United Kingdom. eBay became the first online marketplace that pledged to ban the sale of ivory on its site in 2008 (Coghlan, 2008). Although eBay joined more than 30 international tech, e-commerce and social media companies and conservation groups in 2018 to form the global Coalition to End Wildlife Trafficking Online (Coalition to End Wildlife Trafficking Online, 2020), ivory sales continued on eBay (Alfino and Roberts, 2020). The goal of the coalition, which is led by the World Wildlife Fund (WWF), Traffic (a wildlife trade monitoring group) as well as the International Fund for Animal Welfare (Coalition to End Wildlife Trafficking Online, 2020), was to reduce cyber wildlife trafficking by 80% by the end of 2020. However, despite the coalition’s good intentions, it impossible to quantify wildlife trafficking online because deals are so often done covertly (Ebersole, 2020).

In 2017, the USA’s National Whistleblower Center claimed that Facebook was facilitating illegal activity on its platform. To support their claim, they called in the help of two former law enforcement agents who logged onto Facebook and created profiles representing themselves as ivory dealers. They posted photographs from safari trips on their profiles, to make them look like authentic ivory traders. They then sent friend requests to suspected wildlife traffickers in Vietnam and joined Facebook groups where those individuals were active. As these two former law enforcement officers do not speak Vietnamese, they used Google translate to type words such as “ngà voi” and “s ng tê giác”, ivory and rhino horns. Within no time, they had infiltrated a network of hundreds of ivory traffickers who were just too eager to buy their products (Ebersole, 2020). Ironically, Facebook was one of the members that joined the Coalition to End Wildlife Trafficking Online in 2018.

[This is only an extract of an article published in Servamus: October 2021. If you are interested in reading the rest of the article, send an email to: This email address is being protected from spambots. You need JavaScript enabled to view it. to find out what you need to do. Other issues that are discussed in this article deal with investigative and prosecution challenges, including the fact that removing adverts can hamper investigations; and crime fighting tools.]